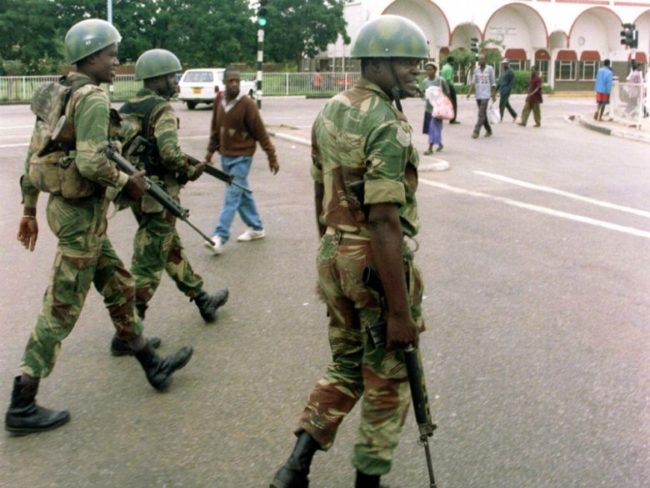 SECURITY agents were the major perpetrators of human rights violations in 2020, with 181 cases of violence recorded in December, as the human rights situation in Zimbabwe remains dire, a humanitarian organisation has said.

This comes amid fears the political and socioeconomic challenges will continue to haunt citizens as the government displays unwillingness to address issues.

According to a survey by a humanitarian organisation — Zimbabwe Peace Project (ZPP) — the Zimbabwe Republic Police (ZRP) contributed 27,57% of human rights violations while Zanu PF did 22,61% of the harassments.

The survey report, titled Into 2021: Finding our Voices, shows that the government conveniently used the Coivd-19 pandemic as an excuse to clamp down on human rights under the guise of enforcing lockdown regulations.

“For most of the year, state security agents were the major perpetrators of human rights violations and this was largely under the guise of the enforcement of Covid-19 lockdown regulations. As the year 2020 ground to its end in December, the trend continued, with little prospects of a better situation in 2021,” reads the report, in part.

“In December, the Zimbabwe Peace Project, recorded 181 cases of human rights violations and the ZRP contributed 27,57% of the perpetrators of these. Machete gangs, who operate mostly in mining areas, contributed 2,39% of the violations. The affiliation of 15,26% of perpetrators was unknown.”

During the period under review, ZPP recorded 91 cases of harassment and intimidation, and 31 reports of discrimination during aid distribution, 21 cases of assault, two killings and two tortures.

Harare topped the list with 44 incidents of human rights violations, followed by Manicaland at 28, Mashonaland Central, 26 and Mashonaland East, 25.

ZPP counted five cases of intra-party political violence within Zanu PF and three cases in the MDC-T and one at the MDC Alliance.

“For the MDC-T and Zanu PF parties, this was mainly due to the internal electoral processes within the two political outfits. In light of this, there is no doubt that Zimbabwe, in 2020 degenerated into worsened autocracy, characterised by covert and overt attacks on the people’s civic and political rights,” the report said.

“Zimbabweans should be allowed to, once again, find their voices and contribute meaningfully to the fight against the many ills that the country finds itself in. It is important for government to be accountable, transparent, responsible and above all respect the rights of citizens especially at this time of the global pandemic,” ZPP said.