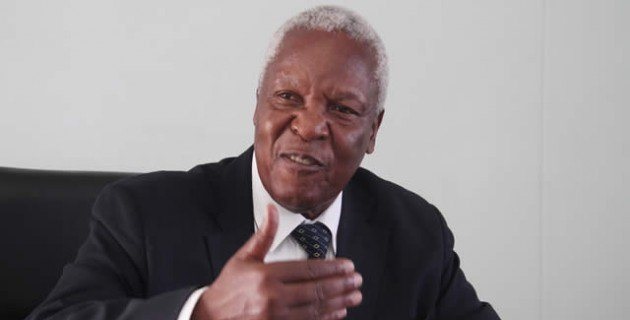 HARARE – Former Defence minister Sydney Sekeramayi has been given until December 31 to pay over $110 000 in salary arrears to over 60 of his farm workers.

Sekeramayi, who became a career Cabinet minister under former president Robert Mugabe’s iron-fisted rule, was given an order in March to pay the money to his employees at Ulva Farm in Mashonaland East.

This was after the Progressive Agriculture and Allied Workers’ Union of Zimbabwe (Paawuz) — the union that represents farm workers — approached the Labour Court for redress.

However, the Zanu PF politburo member ignored the court order, prompting the employees through Paawuz’s lawyers to write him a final letter of demand on December 4 to compel him to pay.

The employees expressed regret that since the court order to pay was given to Sekeramayi, the former minister has not bothered to act accordingly.

“This letter serves as our last reminder unless payment is made on or before December 31, this ruling will be referred to the Labour Court,” they vowed.

The minister risked being held in contempt of court.

Sekeramayi was not immediately available for comment as he was not picking calls. He also did not respond to messages sent to his mobile phone.

Several other Zanu PF politicians have been dragged to court by their employees over failure to pay wages at their farms.

The development is the clearest indication that even the elite in Zanu PF are finally feeling the pinch of economic hardships being faced by the majority of their countrymen.

Goche, who has previously held the powerful State Security portfolio, was invited to attend court proceedings on July 19, over non-payment of workers at his Ceres Chizenga Farm in Shamva.

He had gone for 15 months without paying the aggrieved farm workers, according to the documents.