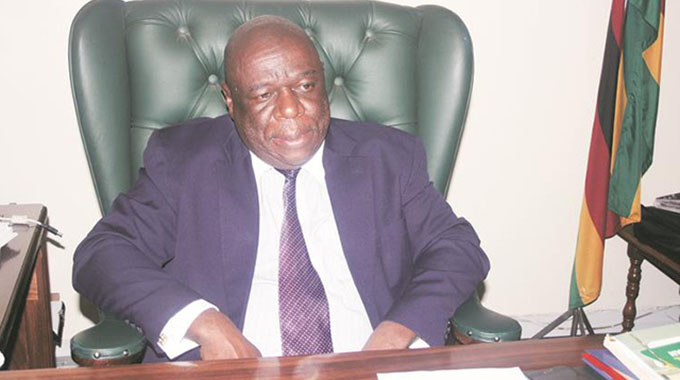 The Senate still has time to vote on the Constitutional Amendment Bill (Number 1 of 2017), which would give the President power to appoint Chief Justice, Deputy Chief Justice and High Court Judge President after receiving recommendations, after the Constitutional Court found a miscalculation on the needed Senate majority nullified the original vote.

In April this year, the Constitutional Court led by Chief Justice Luke Malaba ruled that passage of the Bill was not consistent with Section 328(5) of the Constitution that required that a Constitutional Bill be passed by two-thirds of the membership of each House present and voting in order to be considered as duly passed.

While the Constitutional Court found the National Assembly vote was valid, the majority in the Senate was inadequate once correct calculations had been performed.

In an interview, Clerk of Parliament Mr Kennedy Chokuda said Senate will soon consider the Bill and attend to issues raised by the Constitutional Court. He dismissed claims from some quarters that Senators were failing to meet because they were failing to constitute a quorum.

“We are well within the timelines. We were given 180 days and these will end sometime in September or October. Senate has not yet considered the Bill, but it was not due to lack of quorum. The quorum was there. What is required to carry through a Constitutional Amendment is a two thirds majority. There is no point in moving for its third reading when the House is not sure of getting the two thirds required. Moving for the Third Reading will only happen when Government is assured on its side of the two thirds majority,” said Mr Chokuda.

Before the court ruling, the President had been empowered with the responsibility of appointing and promoting judges after a Constitutional clause that allows the selection of judges, including the Chief Justice, through the Judicial Service Commission’s (JSC) public interviews, was amended.

After the public interviews, the JSC would send a list of recommended interviewees to the President, who may assent to the names or ask the JSC to submit a fresh set of names.

In its ruling, the Constitutional Court noted that the then Senate President Cde Edna Madzongwe had calculated the two-thirds requirement from a total Senate membership of 79, rather than the true 80.

The court said the proceedings were conducted on the understanding that 53 votes in favour of the proposed amendment of the Constitution would be enough. Chief Justice Malaba said the Senate should be afforded an opportunity to conduct the vote with a full appreciation of what was required for a Constitutional Bill to be passed.