SENIOR doctors yesterday stopped offering emergency services at public hospitals and vowed not to return to work until government has reinstated their fired 448 juniors and improve their salaries. 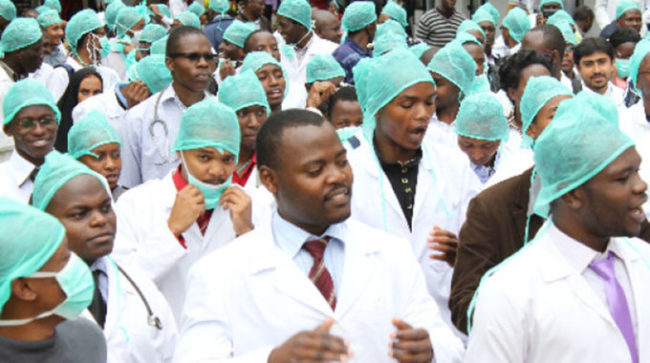 The Senior Hospital Doctors Association withdrew all its members from work at government health institutions, accusing government of bullying tactics.

“We regret to inform you that, the SHDA has agreed with its members who had remained behind offering emergency services to the hospitals, that we are no longer able to offer any emergencies services as from 26th November (yesterday) until all fired doctors are reinstated and there is adequate redressal of their incapacitation,” SHDA wrote.

This came as Cabinet insisted on dragging the striking doctors to disciplinary hearings.

Giving a post Cabinet briefing, Information minister Monica Mutsvangwa, said 57 senior doctors who were not reporting for duty have now been summoned to appear before the Health Services Board (HSB).

“Serving of charge letters for 57 senior doctors at central hospitals commenced on the 25th of November 2019. Regarding the recruitment of doctors the Ministry of Health will publish before the end of this week an advert for all posts that have become vacant as a result of the disciplinary process,” she said.

Government has continued to charge doctors for not reporting for duty as the longest health sector strike reached the 88-day mark with doctors vowing not to budge until they get a meaningful salary.

“508 disciplinary cases on doctors that have not been coming to work have so far been heard, out of which 498 doctors were found guilty. It will be recalled that from the previous report 435 doctors had been discharged and since then an additional 13 doctors have been found guilty and discharged making a cumulative total of 448 discharged doctors,” Mutsvangwa said.

Government said it was still targeting another 43 junior doctors who were yet to appear before the HSB.

Health minister, Obadiah Moyo said although he was yet to receive the SHDA letter he was aware that some senior doctors were already not reporting for duty and they were facing disciplinary measures.

“These doctors I am not sure if they are the ones we have already charged and will be appearing before the HSB. What I know is that they have already been absconding from work,” he said.

According to a copy of the charge sheet seen by NewsDay, the senior doctors were being charged with absconding from work in violation with section 4 (e) of the code which makes it a dismissible offence to fail to report for work for more than five days without official leave.

Senior doctors who spoke to NewsDay on condition they were not named said they were shocked that government was charging people who were reporting for work.

“They want to fire all of us so that they force us to reapply and re-employ us using their own new terms with new contracts that don’t have the US dollar component, this will be resisted,” one of the doctors said.