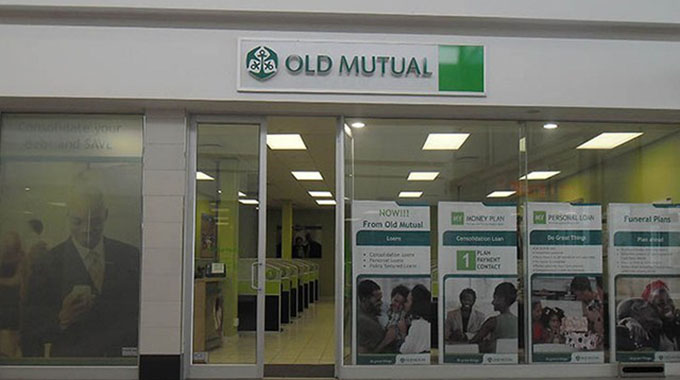 Herald Reporter
ZANU PF has proposed setting up a stock market trading in US dollars so Old Mutual shares could be transferred from the Zimbabwe Stock Exchange and end problems caused by their fungibility, while allowing resumption of free trading.

Fungible shares are quoted on several stock exchanges. This has seen the calculation of the “Old Mutual Implied Rate (OMIR)”, which compares the prices of shares prices in rand, sterling or kwacha on the Johannesburg, Namibian, London and Malawi exchanges.

But this has gone beyond a market calculation of the price people are prepared to pay to legally move capital out of Zimbabwe to an arena for speculating on the Zimbabwe dollar.

Fungibility of the Zimbabwean shares was suspended for 12 months in February 2020, but the speculation continues. This has led to the suspension of trading in all shares on the ZSE.

With a new forex exchange handling Old Mutual trades, trading in the rest of the ZSE counters could immediately resume.

Old Mutual has 65 718 552 shares listed on the ZSE with 30 168 shareholders made up of pension funds, local institutions and individuals.

Other fungible shares on the ZSE include PPC which is listed in Johannesburg and Seed Co International, listed on the Botswana Stock Exchange.

In a statement yesterday, Zanu PF Acting Secretary for Information and Publicity Cde Patrick Chinamasa, said the party was shocked at how Government could run an economy in an environment where the fungibility of the shares of one company creates money, externalises funds and determines the rate of exchange.

“ZANU PF is totally opposed to the fungibility of the Old Mutual Shares and to this end it reaffirms its policy position that the ZSE should compulsorily de-list the Old Mutual Limited shares from trading on the ZSE,” said Cde Chinamasa.

But “to protect the interests of the 30 168 shareholders of Old Mutual Limited, ZANU PF is recommending to its Government that it sets up a stock exchange which will trade only in US dollars.

“Old Mutual Limited can then be allowed to migrate, find a home and trade on such a foreign currency denominated counter in Zimbabwe. Trading on other counters has been normal and the party is recommending that trading be resumed.”

The setting up a forex denominated stock exchange is seen as appropriate as it will help in raising and attracting foreign direct investment into Zimbabwe. Other external companies keen to invest in Zimbabwe could also list on such a stock exchange.

Cde Chinamasa said details of implementing the forex denominated stock exchange would be a preserve for Government. ZANU PF wanted the implementation be done in the shortest possible time to avoid undue disruption to inflows of investment capital.

“ZANU PF says an emphatic no, to self-enrichment through speculative trading and externalisation. ZANU PF also wishes to commend Government for the decision that it has taken to allow mobile money operators to be overseen by the Reserve Bank of Zimbabwe through the ZimSwitch platform.

“As a matter of fact, ZANU PF considers this decision to be a masterstroke which will give an invisible hand to the Government to manage and direct the country towards a common good,” he said.

The channelling of all mobile money transactions through the ZimSwitch platform is expected to restore stability to the banking sector and remove illegal transactions.

The new mobile money measures were announced by the RBZ last week following wanton abuse of the platform by agents, and in some cases, the service providers.

ZANU PF says it supports the measures implemented by Government and is hopeful they will become a sound basis for a strategic sustainable nation building, a platform for robust employment creation for citizens, stabilisation of the exchange rate and resuscitation of key productive sectors.