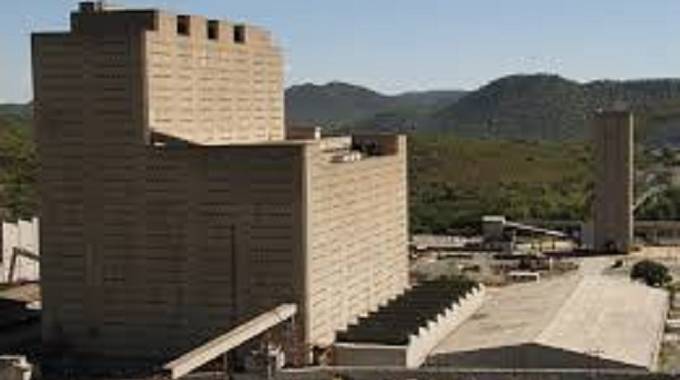 Munyaradzi Musiiwa, Sunday News Reporter
SHABANIE Mashava Mine (SMM) workers, who are owed more than US$2,8 million by the asbestos mining company, have approached the Zimbabwe Anti-Corruption Commission (Zacc) to investigate its administrator and top management over alleged corruption in asset disposal of the company.

Mr Chinhema said the company has failed to pay the employees’ outstanding salaries but has been disposing properties as well as selling houses.

“We are representing more than 800 Shabanie Mashava Mine employees. They have many concerns over the way things have been run by the administrator, Mr Arafas Gwaradzimba. They are owed more than US$2,8 million by the company in outstanding salaries. The administrator has been disposing of the company properties where he is claiming two percent of the proceeds. He has failed to resuscitate the company and now he is stripping the assets. The employees have approached Zacc to investigate the administrator and the top management.

We have also approached the Ministry of Justice who is the appointing authority of company administrator,” he said.

In a letter seen by this publication, some of the concerns raised by the workers are that Shabanie Mashava Mine administrator, Mr Gwaradzimba had allegedly hired his own private company, AMG Global Accountants to audit the finances and financial transaction at the Zvishavane-based company.

“The President has made a clarion call that the anti-graft crusade will spare no one. He further exhorted the citizenry at all levels to report all forms/cases of corruption to the Zimbabwe Anti-Corruption Commission (Zacc). We hope your office will respond positively to this urgent appeal.

“We are appealing to your offices to come to the rescue of a systematic stripping expedition of the mines by the administrator (Arafas Gwaradzimba) and his hand-picked management team. This has contributed immensely to the failure of operation resumptions at the mines. The auditors from Gwaradzimba audit firm AMG Global Accountants are favoured for any auditing required,” reads the letter.

The workers alleged that the management under Mr Gwaradzimba disposed gold mines among them Belvedere, Mukaradzi, Tebekwe, Mt Morgan, Surprise intending to raise money to resuscitate the asbestos mine.

“We have noted with concern unclear circumstances in disposing AA Mines gold claims. A number of AA Mines gold claims have been disposed of in unclear circumstances claiming ‘To Raise Money’ to resuscitate the mine operations. The following gold claims have been disposed off — Belvedere, Mukaradzi, Mt Morgan and Surprise just to name but a few. The proceeds realised in those sales is not known but the fact of the matter is there for all to see as nothing happened in an effort to resuscitate the mine operations from the proceeds realized from the sales,” said the workers.

The employees further alleged that the company disposed health care facilities to universities leaving them and their dependants stranded.

“The employees’ management have been abusing their office by making unilateral decisions as they have sold off both hospitals at the mines, Shabanie Mine Hospital to Necta Care and Gaths Mine Hospital to Great Zimbabwe University which has led to employees and their dependants now failing to get medical care while management is catered for by Cimas,” alleged the employees.

SMM administrator Mr Gwaradzimba could not be reached for comment.