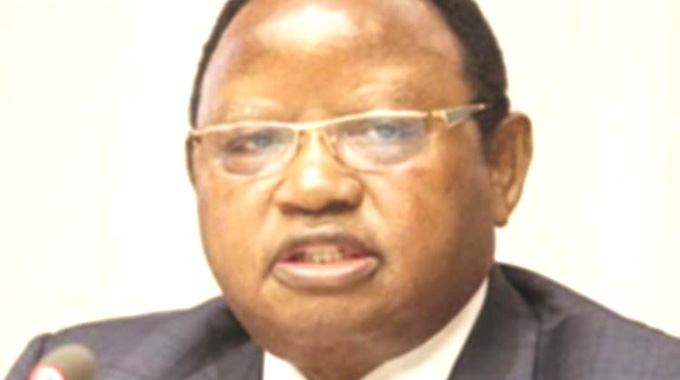 He takes over from the late Dr Sibusiso Moyo.

Chief Secretary to the President and Cabinet Dr Misheck Sibanda confirmed the appointments in a statement last night.

Dr Sibanda said Dr Shava will assume his new post once his nomination as a senator for Midlands has been gazetted. He takes over from former deputy minister Dr Energy Mutodi. Cde Nokhuthula Matsikenyere, MP for Chimanimani West was appointed the new Minister of State for Provincial Affairs and Devolution for Manicaland, taking over from the late national heroine Dr Ellen Gwaradzimba.

Dr Shava has held various portfolios in Government since independence.

He was the Minister of Labour, Manpower Planning and Development from 1981 to 1986 before becoming Minister of State for Political Affairs in 1987.

He also served as Zanu PF’s Director of Administration before he was appointed ambassador to China where he served from 2007 to 2014.

He was then appointed Zimbabwe’s ambassador to the UN in New York where he was chairman of the United Nations Economic and Social Council on July 28, 2016. Cde Mhona (47) has been a legislator for Chikomba Central since 2013 and holds a Bachelor of Commerce Marketing degree from the Zimbabwe Open University and a Master’s in Business Administration from Nottingham Trent University in the UK.

Before his appointment he was the chairperson of the Parliamentary Portfolio Committee on Budget, Finance and Economic Development.

He has also served in various capacities in Zanu PF Mashonaland East structures.

Cde Paradza (57), who is a journalist by training, has been a Zanu PF legislator since 2003 and holds several diplomas in journalism and a Bachelor of Arts in Journalism degree from Berlin Free University in Germany. He also holds a Master of Arts degree in Media Studies from the University of Cambria in the UK.

He has vast experience in journalism having worked for various media houses in the country and once served as the president of the Zimbabwe Union of Journalists.

He is the chairperson of the parliamentary Portfolio Committee on Foreign Affairs and International Trade.

Cde Matsikenyere (57) is a teacher by profession and was first elected into Parliament in 2016 and has been an MP since then. She has held various positions in Zanu PF Youth and Women’s leagues since 1980 and holds a diploma in Education and a Bachelor of Arts in Educational Development from the University of Zimbabwe.

Cde Mavhungu-Maboyi (64) holds a Bachelor of Arts in Education and Masters degrees in Public Administration and International Relations.

She joined politics in the 1970s as a Zapu youth league member before serving with the Zipra forces between 1977 and 1979.

She was attested into the Zimbabwe National Army in 1980 and retired in 1988.

She has been a legislator since 2013.