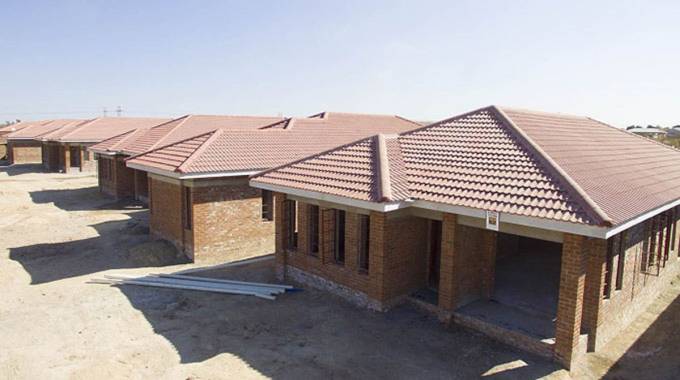 PAN African housing development financier, Shelter Afrique, has begun disbursing US$65 million to Zimbabwe under a massive housing programme that will provide modern and low-cost accommodation to citizens.

The housing projects include the construction of contemporary flats in various parts of the country, including rural areas.

Building societies and other financial institutions in the country are set to administer the funds.

Beneficiaries of the funding include the Urban Development Corporation (Udcorp) which is developing the Knockmalloch housing development in Norton as well as the National Building Society, among others.

In an interview with The Sunday Mail, National Housing and Social Amenities Minister Daniel Garwe said disbursement of funds from Shelter Afrique had commenced.

“Shelter Afrique is a Pan African Bank owned by African countries, of which Zimbabwe is a shareholder. Their key mandate is to provide funding for social housing and the beneficiaries are various citizens through their governments,” he said.

“We have had various meetings with them, we have negotiated funding for social housing on behalf of Udcorp and various building societies. The US$65 million is being disbursed as we speak.”

Minister Garwe said last month, Treasury had cleared all its obligations with Shelter Afrique to ensure a smooth distribution of funds.

“There was a small challenge because we were in arrears in terms of subscriptions, but Treasury has since paid them off,” he said.

“Treasury made the payment last month and paperwork is being finalised for the various banks to access the funding. The projects must be bankable.

“Other banks are in the process of identifying areas throughout the country so that everyone benefits.

“The available facilities are for rental accommodation, rent to buy and outright purchase depending on where one qualifies. So, there are facilities for everyone, including social housing, low-income housing and upper-income housing.”

Minister Garwe said Government was providing land for the housing programme while working with various partners to provide funding.

He also revealed that the Government had stepped in to assist beneficiaries of the NBS housing schemes in Dzivaresekwa to move into the houses by the end of the year.

“We have also taken over houses that were being built by the National Building Society (NBS) in Dzivarasekwa, Chinhoyi and other parts of the country,” said Minister Garwe.

“By the end of the year, we expect that they will be handed over to the beneficiaries.

“There have been some issues with the contractors but we are negotiating, as the arbitrator, on the matters pertaining to NSSA and the contractor.

Shelter Afrique has membership from 44 African nations, including Zimbabwe.

It has previously supported housing projects offered by CABS, Banc ABC, CBZ and FBC Building Society to the tune of US$47 million.

“We look forward to offering increased lines of credit to existing and new financial institutions with the capacity to provide mortgage loans to qualifying creditworthy Zimbabweans”, he said.