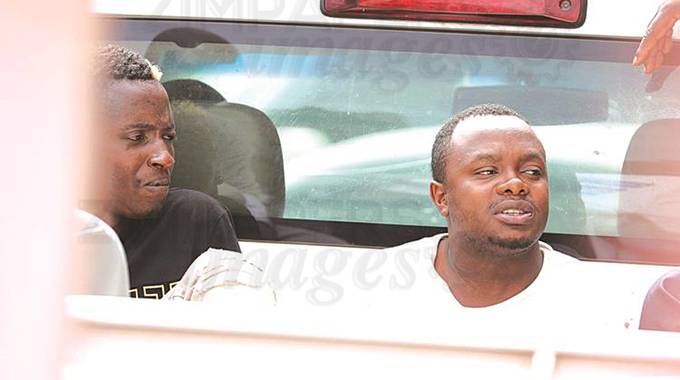 Investigations Editor
A SURVIVOR of the March shoot-out which claimed three armed robbers in Eastlea, Harare, skipped bail barely a week after being released, but was finally rearrested along with Taj Abdul and six others in Beitbridge this week.

Godfrey Mupamhanga was one of two men who were arrested after the shoot-out and hauled before the Harare Magistrates Court facing nine armed robbery charges.

Three armed robbers were killed in the March shoot-out along Glenara Avenue South, while the two were captured alive, but suspected gang leader Abdul (alias Musa Mahommed or Kedha), made good his escape.

Mupamhanga and Prince Zakeo were separately granted bail by the High Court.

Mupamhanga was freed on April 15 after it emerged that he had no known previous convictions or pending cases.

The State could not directly link him to the commission of the offences, save for implication by some suspects, who later changed their stories.

As part of his bail conditions, Mupamhanga, who was represented by Harare lawyer Mr Nelson Makunyire, was ordered to pay $5 000 bail, stay at his house in Lusaka, Highfield, report to the police twice weekly until finalisation of the criminal case and surrender his passport.

However, Mupamhanga jumped bail, suspected to be barely a week after his release, and joined Abdul and other hardcore criminals believed to be operating from South Africa. Zakeo also vanished but he is yet to be apprehended. He was supposed to be in court on May 26 but did not appear, and a warrant of arrest was issued.

The Eastlea shooting claimed the lives of three robbers: Dennis Stanley Dube alias Dingola (29), Taurai Chitepo (36) and another one only identified as Johnson.

Police believe the gang was based in South Africa, just coming north to conduct its Zimbabwean raids.

On February 5 this year, it is alleged the gang went to Makoni Shopping Centre, Chitungwiza, armed with pistols, an AK47 rifle and robbed unsuspecting complaints of US$19 000, $30 000, cellphones and a Toyota Allion vehicle, which was later found abandoned in Glen View.

It is also alleged on February 26, the gang robbed another person in Harare of US$40 000, jewellery, several pairs of shoes, a laptop, cellphones, a Star pistol and Hyundai vehicle. The gang proceeded to the victim’s workplace and robbed him of US$227 250 and R28 000.