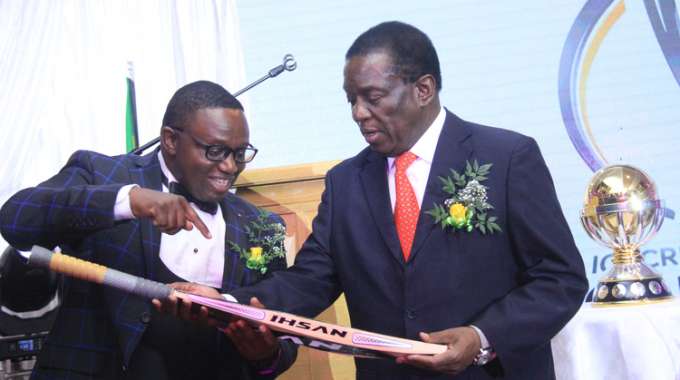 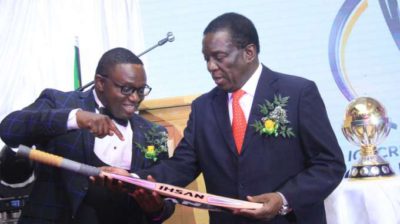 Daniel Nemukuyu Senior Reporter
PRESIDENT Emmerson Mnangagwa has urged the sporting fraternity to shun corruption in all its forms and to uphold high moral ethics, honesty and integrity. Speaking at a reception for nine cricket teams that arrived in the country for the International Cricket Council World Cup Qualifiers tournament, President Mnangagwa called for transparency, accountability, good governance, and ethical administration in sports.

He reiterated that his adminstration will lead by example when Zimbabwe this year holds free, fair and credible elections.
“Good governance, financial accountability, transparency and ethical administration remain a crucial pillar to sport as a profession and commercial business.

“I thus urge sport administrators, technical officials, umpires, referees and sports adjudicators, among others, in all sporting disciplines to shun all forms of corruption.

“The sporting fraternity should embrace and inculcate high moral ethics, honesty and integrity.
“Match-fixing, bribery, cheating and pre-determination of results in general, cannot go unchecked and unabated,” said the President.

Teams from Afghanistan, Hong Kong, Ireland, Papua New Guinea, Scotland, the United Arab Emirates, West Indies, Nepal, the Netherlands and Zimbabwe will battle it out in the tournament that kicks off on Wednesday.
The matches will be played in Harare, Kwekwe and Bulawayo.

“Allow me to once again state that our elections will be peaceful, free, fair, credible and transparent.
“I am, however, more than confident that the world will witness my party scoring numerous fours, sixes and centuries during those elections,” he said.

The President said hosting of the cricket tournament dovetails with the Government’s drive to re-engage the international community.

“The hosting of these qualifiers by Zimbabwe comes at the most opportune time following a peaceful political transition which has ushered in a renewed sense of optimism and has been marked by a process of engaging and re-engaging with the international community in our quest to take our place in the global family of nations,” he said.

President Mnangagwa said the tournament was of paramount importance as it marks Zimbabwe’s full readmission into the world cricket arena.

The President also invited investors in the sporting industry.
“I therefore invite both local and international business and corporate world to partner our sporting fraternity in our junior development policy and our quest for young sportspersons to realise their full potential; we need athletes now and into the future.

He hailed Zimbabwe Cricket, the ICC and other stakeholders in the sporting discipline, for grooming boys and girls into future cricketers.

“I would like to recognise and applaud Zimbabwe Cricket, International Cricket Council, Ministry of Sport, Arts and Recreation and other stakeholders for introducing cricket development programmes targeting boys and girls under the age of 13 in disadvantaged communities,” he said.