Shut up: True churches are neutral 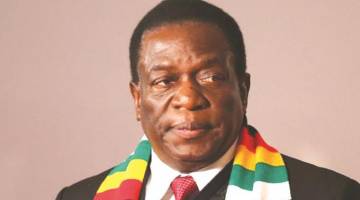 CLAIMS by President Emmerson Mnangagwa that his nemesis and MDC leader Nelson Chamisa has failed God by refusing to accept the disputed outcome of the 2018 presidential elections and Constitutional Court ruling are a clear demonstration of the arrogance, self-righteousness and conceit of the Mnangagwa administration which believes that its ascension to power was by divine design.

Mnangagwa cannot attribute to himself the all-knowing qualities that are only found in God, especially in view of the fact that his policies and the conduct of politics by his party stink to high heaven.

But perhaps what is most sad is how local church leaders he met with at State House to find a home-grown solution to the country’s deteriorating political and economic crises have shown that they are not neutral players and can, therefore, not be tasked with the responsibility of playing the role of mediators and peacemakers.

We know that many of these so-called indigenous church leaders are just out to gain some filthy lucre from politicians. It is not surprising that some of those leaders even started begging for residential stands, demonstrating that they are just out to selfishly gain something rather than to help resolve the crisis bedevilling the country.

The church has a moral and spiritual responsibility to call politicians and the government to order when they violate the principles of common decency. The church should be encouraging Mnangagwa and Chamisa to make the necessary concessions to ensure that there is genuine dialogue that will lead to the resolution of the country’s political and economic crisis.

It is quite disconcerting and rather unfortunate that the Indigenous Interdenominational Council of Churches leader Andrew Wutaunashe — long known as a Zanu PF bed fellow — would warn Mnangagwa against entering into negotiations centred on his legitimacy. Such entrenched positions do not create a conducive environment for dialogue, but the ordinary people will continue to suffer even when these pastors get land and other goodies from the system.

Wutawunashe’s history is a matter of public record. He is the same man who declared former President Robert Mugabe as close to Jesus and is now perambulating with the same man who forced out Mugabe by the gun and is now declaring him the answer to the challenges facing the country. Are these not clear, open double standards? Which God is he representing and claims to know? In the old days this is what would qualify as utter blasphemy.

These churches should just do us a favour by becoming neutral players that speak truth to power without becoming cosy with any particular side.

This meeting at State House shows it’s not only politicians who are polarised on partisan lines but the churches as well. All the country requires is detoxing at the moment. Pity the Zimbabweans, they have no peacemakers at all except some corrupt individuals masquerading as men of cloth.

What we know for real is they will soon be devoured. What do you expect if you ride a hyena? We implore all the so-called men of cloth, if indeed they are genuine, to come together on their own for a common position not to be pitting Mnangagwa against the opposition’s Chamisa to the country’s enemies delight.

It boggles the mind why each of the two politicians has a group of churches and pastors supporting them. For what?

That’s uncalled for. Citizens have suffered enough, we say enough are the lives which have already been lost due to this political impasse.

Churches must be neutral, not this grandstanding. We need healing, not this mischief by some church leaders.

The post Shut up: True churches are neutral appeared first on NewsDay Zimbabwe.