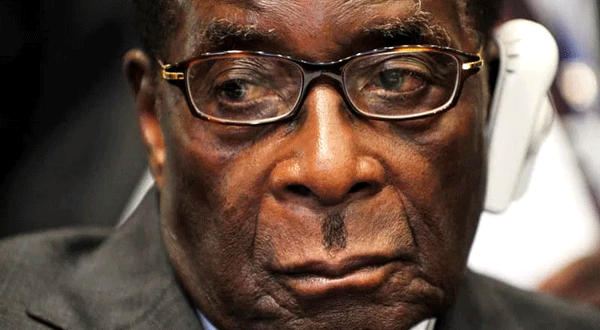 ZNLWVA chairman, Christopher Mutsvangwa and secretary-general, Victor Matemadanda made the call in Gokwe on Saturday at a belated celebration for Mnangagwa’s elevation.
“Mugabe has never been a war veteran and he cannot be a member of the patriotic front because he never participated in any war. He cannot call his party patriotic front, but patriotic fail. He should just keep quiet and rest peacefully,” Matemadanda said.

“Mugabe is dreaming. How he can say his wife is being harassed, while she is in the comfort of her home, what about the harassment we endured at his hands? Our rights have been violated and we have been harassed, while being detained in filthy jails. Mugabe must not complain about harassment, he is only tasting his own medicine.
“President Mnangagwa is the President of all citizens, witches, thieves, opposition members, so whenever there is presidential food aid, please distribute it equally. We say no to partisan food distribution,” Matemadanda, who is eyeing the Gokwe South parliamentary seat, said.

“When I was expelled from Zanu PF, some members of my party didn’t want to talk to me or anything to do with me, but I found solace in the hands of Movement for Democratic Change members and now I am back in Zanu PF, some are now saying he is moving with traitors. That must end, we are one but with different political opinion.”

Mutsvangwa said the former President was booted out last November because he had diverted from the ethos of the liberation struggle.

“The dispensation that we are celebrating today didn’t come easy. Factionalism was tearing the party and people like Matemadanda had to put their lives on the line in defence of the ideals and the party. We are happy that Zimbabwe is on a path to recovery and is blessed with a listening President in the mould of Mnangagwa,” he said.
The celebrations were organised by the Gokwe Development Trust, a Matemadanda initiative.