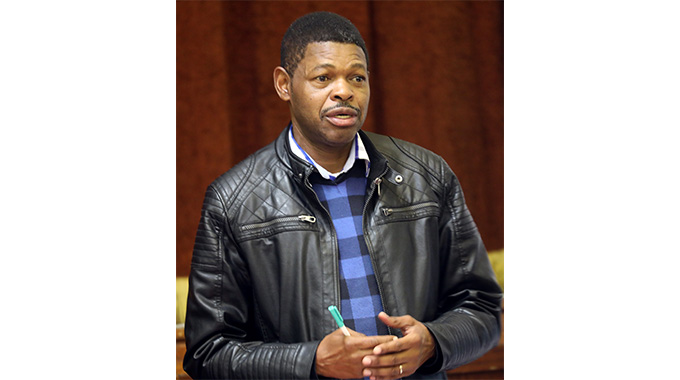 In recent months, council has faced the wrath of residents who have questioned the state of service delivery in the city with sewer bursts in most high-density suburbs, over 70 percent of the roads in a deplorable state and the city’s failure to provide a constant supply of water. All these services fall under the engineering services department.

The directive for Mr Dube to submit a report on the performance of the engineering services department, was issued during a special council meeting where councillors had no kind words for the department’s director, Engineer Simela Dube who they accused of shepherding the decay in service delivery.

Councillors instructed the Town Clerk to submit the report to the general purposes council committee, where among other issues he was expected to evaluate Eng Dube’s performance and the overall functioning of the department.

Mayor Councillor Solomon Mguni confirmed the development saying councillors in enacting their oversight role on management as regards the state of service delivery, they took note of the seemingly deteriorating state of roads, sewerage service and water delivery.

“The feeling was that, while council was facing financial challenges which constrained the overall turnover in terms of being responsive to the needs of our residents, there was no strategic work plan from the department to get us out of the current decay. Council members felt that a proper monitoring of implementation of council works programmes must be visible to all.

“Obviously, members would expect the chief executive officer to crack the whip on his lieutenants. We must also know that in most circumstances you need to balance the issues at hand and see if there is any culpability on the part of the manager concerned. This has to be tested via an inquiry and when you have the chairperson of the relevant standing committee also raising a red flag to a special sitting of council, councillors could therefore not ignore the problem,” said Clr Mguni.

The Mayor said it was a normal call meant to evaluate the council processes and human resources capabilities.

“The Town Clerk as the chief accounting officer to council will handle that as per the directive and report accordingly. This is not anything new in the operations of council,” said Clr Mguni.

Commenting on the move by councillors, Bulawayo Progressive Residents Association coordinator, Mr Emmanuel Ndlovu however, said it was not fair to target Eng Dube noting that he was just being used a scapegoat in the matter.

“Eng Dube is just a victim of factional politics, yes service delivery in the city is at its lowest but he is not entirely to blame. BCC is now being run by a corrupt cartel comprising of councillors and senior council officials and this is what is affecting service delivery,” said Mr Ndlovu.