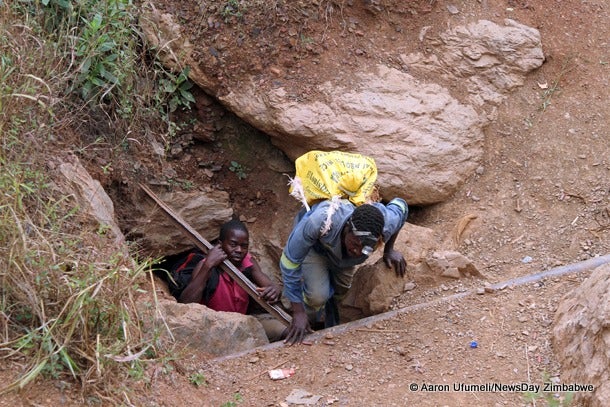 SMALL-SCALE miners have struck a deal with a local financial institution, Metbank and Glow Petroleum to supply them fuel at their convenience.

The deal which was struck by the Zimbabwe Miners’ Federation (ZMF), will see registered small-scale miners being given preferential treatment at Glow Petroleum as Metbank has undertaken to settle their demand in advance.

“We have seen a number of small-scale miners spending time looking for fuel instead of being productive. This arrangement will see the bank providing funds so that fuel is available to
small-scale miners and they spend less on the queue and more time mining,” ZMF president Henrietta Rushwaya said.

This is not the first time that ZMF has partnered with Metbank to assist small- scale miners as last year, the association sourced a facility from the bank to capacitate artisanal
miners.

The entrepreneurial development deal has helped to expand output by artisanal and small-scale gold and chrome miners.

In 2017, artisanal gold producers contributed 13 tonnes out of the national gold output of 25 tonnes.

“This agreement is a significant milestone on our on-going collaboration between ZMF and Metbank. We have come a long way,” Rushwaya said.
“Now this is the right time to strengthen our co-operation meant to develop, grow and empower the artisanal and small-scale miner.”