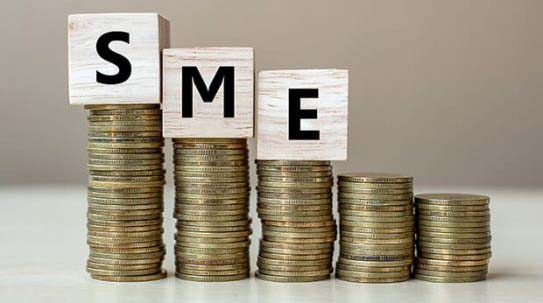 MORE than 1 000 workers were saved from unemployment, while over 300 new jobs were created in the small to medium enterprises sector over the last 12 months after Government injected nearly $90 million to support distressed small businesses affected by the Covid-19 pandemic.

Over 200 businesses received cash injections through the Small and Medium Enterprises Development Corporation (SMEDCO) from part of the $18 billion economic stimulus package unveiled at the onset of the pandemic.

Government set aside $500 million for SMEs under the Economic Recovery and Stimulus Package, which was launched in May last year.

The support, which is meant to assist SMEs quickly resuscitate their businesses and cushion them from the effects of Covid-19, is being disbursed through SMEDCO, Empower Bank and the Women’s Bank. Hundreds of other small businesses also received funding through other support vehicles.

Zimbabwe has received no meaningful support from international financiers to prop up its economy from the effects of the coronavirus pandemic, which has wreaked economic havoc in most economies globally.

Small businesses have been the worst affected.

Government has, however, mobilised domestic resources to stimulate economic resilience and growth.

The informal sector is the country’s biggest employer.

THE Minister of Women Affairs, Community and Small and Medium Enterprises Development, Dr Sithembiso Nyoni, told The Sunday Mail that the support was given to small businesses that were in dire need.

She said 39 percent of the support funding went to businesses in the retail sector, while 34 percent supported manufacturing entities and 19 percent was given to those in the service sector.

The rest was disbursed to microfinance institutions and small businesses in agriculture.

Most of the funds were deployed towards working capital, clearing arrears which accumulated during lockdowns and restocking by businesses that had exhausted their savings.

SMEDCO is a parastatal under the Ministry of Women Affairs, Community and Small and Medium Enterprises Development which helps capacitate small entities with short to mid-term financing.

“SMEDCO has performed well. The problem is it was operating without a board of directors, but now it has a board and we hope that soon there will be better corporate governance and strategic planning,” she said.

“During the course of the year, 1 544 MSMEs were facilitated to access local and regional markets with 79 percent being women,” she said.

Minister Nyoni said Government was in the process of assisting small informal businesses to formalise their operations so that they can benefit from Government-led funding programmes.

Prior to the introduction of the platform, the SMEs sector was being crowded out of the foreign exchange space by big players.

More than 1 700 small businesses have received more than US$80,7 million through the RBZ SME Foreign Exchange Auction.