‘SMEs are the lifeblood of our economy’

Source: ‘SMEs are the lifeblood of our economy’ | Sunday Mail (Local News) 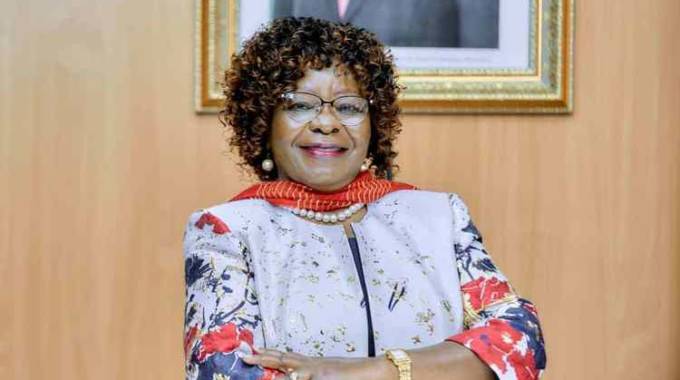 Zimbabwe has a huge informal sector economy that is dominated by small to medium enterprises (SMEs).

A working paper produced by the International Monetary Fund (IMF) in 2017 gave an idea of how big the sector is relative to the size of the economy.

The international financier actually claimed it could be the sixth largest in the Sub-Saharan region, contributing between 40 percent and 50 percent to economic growth, especially for the four-year period between 2010 and 2014.

It is often argued the country stands to benefit more if it could mainstream SMEs.

Our senior reporter LEROY DZENGA spoke to Women Affairs, Community and Small and Medium Enterprises Development Minister Dr Sithembiso Nyoni on her plans for the sector.

Q: The Women Development Fund has been revived. How will it work and what mechanisms are in place to ensure that people do not default on repayment?

A: The Women Development Fund has been revived.

It was discontinued because the beneficiaries were not paying back, but also because our systems were not tight enough.

The guidelines were not helpful to women, so we sat down as a ministry to put corrective measures, which have since been approved.

We have invited women to apply for funds and we are having a lot of takers.

Q: Can you just expand on the reforms which you say were approved?

A: We did not have tight controls that were specific and which explain to the women exactly what the money can be used for and how they would pay back.

More importantly, we had to train the women on how to manage loans.

A lot of them would take the money but were unable to manage their cash flow.

Q: Speaking of funding for women, how has the Women`s Bank (Zimbabwe Women’s Microfinance Bank) been performing, and as a ministry, do you feel the bank is serving its purpose?

A: The Women`s Bank has been doing very well; they have been giving assets to women.

I like their proactive approach. They go out there to research and then come up with products that assist women.

During Covid-19, they went out to research on what it is that the women can do as businesses at home that would have a market.

They procured machines that enabled women to make sanitisers, dishwasher liquids and all kinds of detergents.

They also procured sewing machines to make masks and ovens for women to do baking at home.

We are working together to develop a programme called “One Village, One Product” in which they will go to one village and see the resource endowment it has, and what they can do to value add that resource and turn it into a product.

That is something that is work in progress, but I think it has done very well.

They act as our technical wing for including the excluded communities that were not able to access any funds because they have no security (collateral).

Q: As a ministry, part of your mandate is ensuring women`s presence in different sectors in the country. Are you satisfied with the manner in which women are represented in public institutions?

No, because there is still need for great awareness among leaders across the board that women need to be part of the leadership at the top.

Having said that, a lot of institutions and commissions have done very well to put women on equal footing with their male counterparts.

They are still very few of them, but we want to congratulate those who are heeding the call.

To those who are still behind, we say that our Constitution says 50/50 and we hope that they will also start complying. Let me just name a few that have done us proud by giving us 50 percent or above in terms of representation of women.

On the Ministers of State, His Excellency President Mnangagwa has led by example — it is 50/50.

Teachers colleges are led by 57 percent women, Zinwa has 50 percent of women in leadership positions.

We have POSB, it has 55 percent women in leadership and the Women`s Bank has 60 percent women. All this is commendable, but we still have a lot that really has to be done.

If you look at Vice Chancellors of State universities, I think we had about zero percent, but I understand a woman is being considered for one of the universities.

Only 17 percent of Government secondary schools heads are women, which is very low.

In terms of ownership of private limited companies, women only constitute 15 percent.

Zupco only has 28 percent women, which is on the low side.

Q: There is growing interest in agriculture among Zimbabweans, what measures are there to ensure that women are not left behind?

A: Women have been growing food in the villages for a long time.

I am glad that the Pfumvudza or Intwasa, a technique which has increased production, started with women themselves.

It is very important that as land is redistributed, women are also included.

There are some women who own land in their own right but they are very few.

I would like to say here, women and youths should be given land.

Q: What has your ministry done to engage relevant offices over this issue?

We have said that we need a 50/50 percent access to resources for women.

Women need to make the applications, they need to push and if they have any problems or resistance, this is where they should come to us so that we assist them with the lobbying in order to have gender equality.

Q: How many SMEs have benefitted from the Government`s Covid-19 stimulus package?

A: Through our various funds, we have been assisting SMEs from the outset of the Covid-19 pandemic.

This is because we understand the challenges they face.

A total of 957 jobs were sustained and 360 jobs were created.

SMEDCO has performed well; (the) problem is it was operating without a board, but now it has a board and we hope that soon there will be better corporate governance and strategic planning. During the course of the year, 1 544 MSMEs were assisted to access local and regional markets, with 79 percent being women-led. We are continuing to find ways to ensure that we do not leave any SME behind.

Q: What are you doing to make sure that SMEs are compliant with the many regulations in the country, especially paying taxes? I understand there was a budget proposal.

A: A lot of people think SMEs do not pay taxes.

Taxes are collected on a daily basis in the informal sector.

What is needed is for the taxes to be put to good use to ensure that they get value from their taxes. My ministry has tried to come in and raise awareness on the reason why SMEs should be compliant with the laws of the land.

Similarly, my ministry is also actively trying to work with all stakeholders to ensure that the conditions of operation for SMEs improve.

We are also working hard to ensure that the ease of doing business cascades down to SMEs.

Q: Is there a deliberate system to incentivise the transition of SMEs into formal and large companies?

A: As a ministry we are developing a strategy to decongest some of our markets like Siya-so.

We would like to make sure that they get appropriate funding to sustain and grow their businesses.

We are also engaging with local authorities, the private sector and Treasury to come up with an all-encompassing strategy which will provide an impetus for growth and I believe we are making progress. The results will be visible soon. SMEs are still a force to reckon with in our local economy, although they have been greatly affected by Covid-19.

It was hard for them to restart work, and we assisted those we could.

What I like about SMEs is that they rebuild.

This is because they have an entrepreneurial spirit and their resilience has kept our economy going. Unlike workers under formal employment who go straight home when a factory closes, entrepreneurs try to find new ways and pursue other business interests.

We will support them; they have a critical role to play in the attainment of Vision 2030 as espoused by President Mnangagwa.