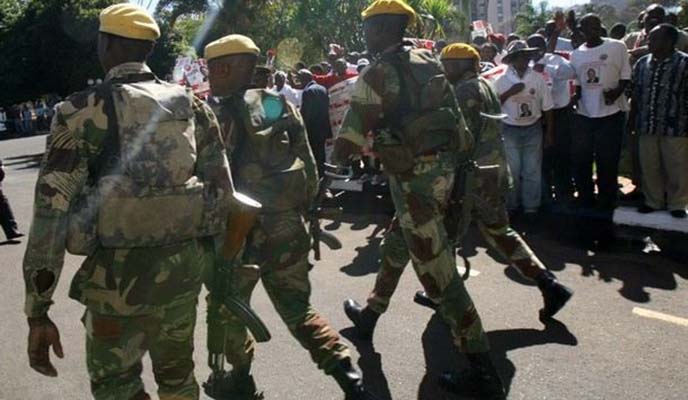 Police acted on some of his tip-offs to bust some of the smuggling rings that have cost government millions of dollars.

Chashamba claims that on March 2 he was assaulted and robbed by soldiers on patrol at the border accusing him of exposing their shenanigans. He reported the matter to Plumtree police, but nothing has been done to bring the culprits to book.

“We confirm that he made a report on March 2 which report was acted upon by police in Plumtree and investigations were underway. Chashamba has been a regular informant for the police on smuggling syndicates and has been to all border posts in the southern region. He also operates a fleamarket in Bulawayo,” Nyathi said.

He said although Chashamba has been helping police, he also has tainted hands as he faces criminal allegations of aiding smugglers.

“He (Chashamba) would then report those who don’t give in to his demands. We are saying to him he should be also self-introspect before he reports others, most of whom would have refused his extortionist antics,” he said.

In an interview with Southern Eye on Sunday, Chashamba said he supplied the police with information and produced a list of Central Intelligence Organisation operatives, politicians both from the ruling and opposition parties, army, police bosses and Zimra officials involved in smuggling. He said he sent the list of names and registration numbers of vehicles used in smuggling to police headquarters. This publication has a copy of the list which was acknowledged to have been received by Senior Staff Officer Internal investigations, Assistant Commissioner S Dube for Chief Staff Officer Internal Investigations on October 14 last year. Chashamba said he was targeted by soldiers on March 2, at Plumtree border post while on his way from Botswana.

“I was greeted by two Zimra guys as I was heading out after two army intelligence officers requested to see my passport and found it to be in order. I left the border intending to board lifts to Bulawayo. They (intelligence officers) followed me and asked for my passport again saying they wanted to verify something,” he said, adding that they did not bring it back until the border was closed.

“They came at around 11pm and searched me before taking my 200 pula, bags and went away after assaulting me. I then walked and slept in a bushy area until early morning when I got transport into Plumtree town where I made a police report, but up to now nothing has been done,” he said.