Something fishy is going on

Source: Something fishy is going on | Theindependent (Zimbabwe) 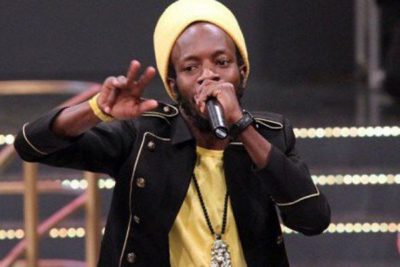 The rumour mill
There is rumour that they want to kill Winky D. Who is they? Well it must surely be the same men who “stole” military fatigues and have been involved in beatings and robberies of the citizenry!

Winky D has refused to be the Minimus of our Animal Farm. They do not like his melodies and he must run. Bob Marley ran too at some point.

But in a post-truth dystopian world, what is truth of not a figment of a regime’s imagination.

The sound of chaos
Last week on Monday last week, violence kicked in and the powder keg exploded.

The highlight of the violence was the disruption of the official opening of the High Court in Bulawayo as teargas doused a madding crowd.

Throughout the week, the townships were ablaze as riots, looting and general mayhem dazed the neighbourhoods.

Oh! There are a lot of virile young people in the townships, young men and women of fighting age. They are idle and they have all the time for battle.

This is an anomaly for they should be in gainfully employment and producing world-beating products and services. But I digress.

Tuesday morning
What happened on Tuesday last week? I walked into Makokoba to get a feel of what was happening during the stayaway despite the warnings from colleagues.

The suburb was relatively quiet. I saw one or two police and military vehicles moving up and down with some uniformed forces huddled by street corners. I suppose they were waiting for any incident of turmoil.

I walked with a brother who was carrying a loaf of bread.I noticed a number of the locals eyeing the loaf like hungry vultures. It was only day two of the stayaway.

The brother mused “Were the people already missing bread?” I merely chuckled as we walked past eMkambo (the Makokoba market).

Shops were closed. I watched the folks in the “ghetto of ghettoes” sitting in corners and carrying on with their lives. No incidents. But this is Makokoba and I expected something to happen. My colleague’s analysis was that the heavy military presence served as a deterrent.

The bizarre
The road which links Tshabalala and Sizinda high-density suburbs was blockaded by a railway goods wagon which had been dragged from the National Railways Zimbabwe’s marshaling yards on Tuesday. How was that even possible?

So yah, there is Superman or Batman in our midst. This was evidence of coordinated effort toward a common goal.

However, what was the goal?
Perhaps it was all meant to create an untenable situation in which the townships could be locked down. Thus, the roads were blocked throughout the townships by one thing or the other. It was either burning tyres or boulders. Cars could not pass through. The people were angry and the looting ensued.

Let me tell you what I think: it was too coordinated. I am inclined to believe what I saw. There is word on the streets from “eye witnesses’’ that some members of the uniformed forces were not really stopping the riotous frenzy.

Some were even stopping members of the public from going in certain directions. And as for the armed man who was captured on video wielding a rifle, please . . .

I do not want to overstate a point already made by others perchance more eloquently than I could ever do. Violence is the default setting of our national consciousness.

The situation as it stands is that township shops generally are out of business by the extent that they have been looted. The locals have shot themselves in the foot.

Now they must travel many kilometres to come into town and queue for groceries. The large supermarket chains are open these days, but you can see that they are very cautious when it comes to security.

The birth of a nation
Violence has characterised this nation since its inception.

Violence shaped the struggle for the nation’s birth and even predates Independence. The schism between Zapu and the then newly formed Zanu played out in a violent fashion.

I interviewed veteran freedom fighter Dumiso Dabengwa about those heady “mwana wevhu” or “zhii” days when the bubble was suddenly burst with the formation of the Zanu breakaway. There were running battles then as there are now. In this sense, the opposition is “too young” for this big-boy game as Zanu was when Smith reigned supreme.

No one carries a monopoly
One thing the historical record reveals is that no one ultimately holds a monopoly on violence. It cannot be that when we do not agree we then bludgeon people who do not see things our way.

I expect the government to assume the moral high ground and allow the courts to have their way. Summary executions and arbitrary arrests of persons cannot be allowed to persist in the so called new dispensation. I understand that soldiers were on the rampage against township residents in major towns.

Is that the best way?

Something going on
I will be a skeptic forever and, before anyone beats their chest for a successful stayaway and before the powers that be imagine they have the situation under control, they need to stop and reflect.

To the masses of my people, look before you leap. Something is going on and I know because I played too many chess games and hung out with Magorisi too long to have anyone pull the proverbial wool over my eyes!

There is the whiff of an undeclared state of emergency in the air. I hope I am wrong.

The post Something fishy is going on appeared first on The Zimbabwe Independent.