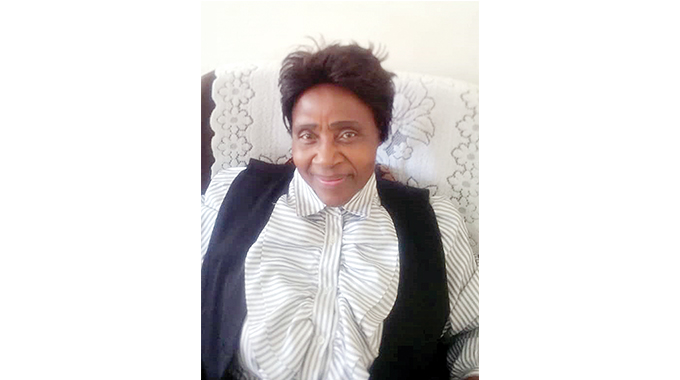 Robin Muchetu, Senior Reporter
“Teaching has been an adventure and a wonderful journey”.

These are the words of recently retired principal of SOS Children’s Village in Bulawayo Mrs Irene Sibanda who has been in the education sector for 46 years.

“I enjoyed being with children and giving them instructions such that I found myself in the teaching profession and I trained at Mtshabezi Teachers Training College as an infant teacher. I started teaching in 1974 at Soluswe Primary School in Tsholotsho, which was a Seventh Day Adventist School. I didn’t intend to be a classroom teacher as such but I wanted to be a home economics teacher as I enjoyed being in the kitchen and doing many other homely things, that is where my passion was and that was my first love. Even at home I am that person who will be cooking and sewing, always taking it from my mother.”

Mrs Sibanda who has been an infant teacher all her life said her journey at SOS Primary School started in 1995 after intense and gruelling interviews.

“If you ask anyone who was there at that time, they will tell you it was a rigorous exercise. We were the first lot of teachers to teach at SOS and I hear it took a long time to screen and interview people who finally got the places to teach at the school. The school then only accepted children from Grade One to Five and I went in to teach Grade One,” she said.

She said she got a number of reprisals when she applied for a teaching post there.

“When I applied for the post of a teacher there a lot of people shunned the idea saying how could I go and teach at a school with street and abandoned children. People assumed it was only for street children but I told myself that even if it was designed as such, I was still going to teach anyway as children are the same. Some felt I should have stayed at Lobengula Primary School where I had been teaching,” she said.

Another advantage for her was that SOS was closer to her home so she had no challenges accessing the school from Sauerstown. “The challenge was that they didn’t understand the concept of the school at all initially and it was only later that we became the envy of many who now wanted to come and teach there,” she said.

The concept at SOS Children’s Village, is that of a child friendly institution that embraces children who have been abandoned or the vulnerable and brings them to a loving home set up while they learn. They take in all types of children who despite their challenges end up turning out to be well groomed and rounded individuals. Mrs Sibanda spoke on her transition from the classroom to the office.

Asked on the milestones she has achieved during her tenure, she said the school did well in academics and also in sports.

“At both district and provincial level, we did well academically. In sporting activities, we also performed well and we competed with both private and Government schools and we had always been ahead of them in many areas such as hockey and swimming. We managed to pave the whole school, bought a school bus and refurbished our tennis court, among other things,” she said.

However, it was not always rosy to run the school.

“Monetary constraints were always affecting us, we had dreams and plans but financing them was a challenge in some cases. At times parents would not be able to see through some projects due to finances and we totally understood them. We wanted to have two more tennis courts and a second swimming pool as children did well in those sports but we have not managed to do so unfortunately. We also wanted to have a state-of-the-art kitchen for school feeding and also to accommodate parents who will have come to fetch children to buy some food there too but we have not managed,” she said.

On career development she managed to achieve several qualifications.

“I managed to do a degree in Administration Management and Policy Studies with the University of Zimbabwe, I did several management courses to keep myself abreast with trends, I am a first aider and a qualified Master Guide. I did cake making and icing as a way to develop myself too,” she added.

As a Seventh Day Adventist herself, Mrs Sibanda said she believes in the teachings of renowned author and Adventist Ellen G. White who in one of her books on education emphasizes on three H’s of developing children’s heads, hearts and hands.

“Since I started teaching that has been my belief and we made it our motto at SOS combined with the school’s own beliefs. If you develop their heads for critical thinking skills, they perform, there is no child that is not a performer it is just at different levels, then the heart, our own Ministry of Primary and Secondary Education is strong on ubuntu,unhu and we teach that at SOS, then the hands obviously that is the skills that we teach them for sustainability. If you look at the Covid-19 period we are in, industrious people with skills are selling magwinya and doing other small projects and they are surviving because the hands have been equipped,” she added.

She said if those three H’s are developed in any child the results are an acceptable and upright member of any society. Her retirement plans and advice to fellow colleagues is that one must not wait until the day they retire to find something to do.

“Retirement must be planned when there is time. I myself I am hands on. I started a perfumery project with my daughter called Lioness Collection. Soon we are venturing into roll on and lotions. I believe that as a leader if you smell good, you feel good and when you feel good you feel confident. So, we decided to go the cosmetics way. Apart from that we make cakes since I have a passion for this and I have been trained for it and I have the passion,” she said.- @NyembeziMu