Soul Jah Love: A rebel with a cause

Source: Soul Jah Love: A rebel with a cause | Sunday Mail (Extra) 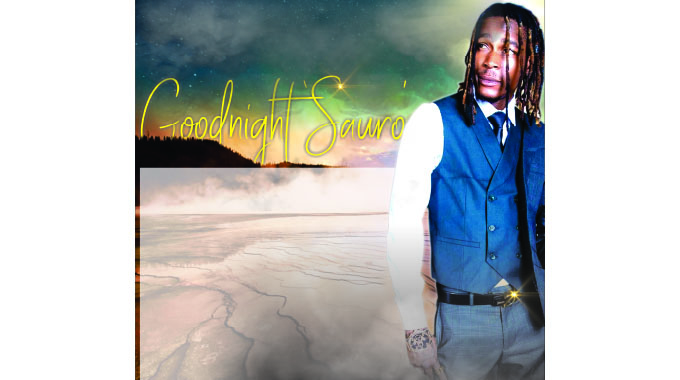 The 31-year-old charismatic lyricist and chanter succumbed to diabetes at Mbuya Dorcas Hospital in Harare on Tuesday.

Without doubt, Sauro, as the singer was fond of calling himself, was an extremely gifted composer and chanter who sadly never got to realise his full potential due to a number of misdemeanours. Sad as it may sound, he is one artiste that seemed to accept the crumbs that fell from the showbiz table.

There was a time, around 2010, that he seemed eager to scale dizzy heights. He made his massive breakthrough with “John Terry”, a song that went on to become an anthem on the dancehall scene.

He would then later on link-up with Changara and that is when his career —  long nurtured by the likes of Rockford “Roki” Josphat (when they stayed together in Waterfalls), Tatenda “Boshmaster” Saranewako and Gaza Commander — finally took off. The singer won numerous accolades in the years that followed through his pulsating compositions and superb stage work. But, he quickly got to a point where he seemed to have become satisfied with his “unbelievable” achievements and never bothered to push further.

Maintaining his staunch followers and being able to periodically get a booking that got him funds to settle immediate pressing issues, apparently became Soul Jah Love’s priority. He clearly was no longer interested in competing with his peers in recent times.

However, he would constantly remind them of his greatness through chants and monikers like Chibaba or Makuruwani.

The need for competition for the “Ndakamukwapaidza” singer died when the hype of his fierce rivalry with erstwhile friend Seh Calaz fizzled out. This was despite the fact that new stars were still coming through the ranks and he still had room to achieve more.

He simply felt he had nothing to prove anymore.

On several occasions, he left promoters counting their losses after failing to turn up for scheduled gigs.  Fellow musicians also suffered a similar fate. Agreeing for a collaboration with Soul Jah Love was one thing but making him pitch up for recording was another battle.  Dendera crooner Suluman “Sulu” Chimbetu still remembers the challenges he faced when he featured Soul Jah Love on the song “Nyuchi”. Jah Prayzah was similarly aggrieved.

“ . . . you stood me up at the studio on all three occasions and somehow I don’t know how. I still find that funny. The last time we met you said ‘this time ndakuuya zvemashuwa’. There will be no replacement for you. Rest in peace my brother; seems like the years were too short, but the music you gave us is enough to last a lifetime,” said the lanky musician in a condolence message.

That Soul Jah Love, a diabetes patient, was a troubled man, both in his personal and professional life, was a public fact. Was it failing health or the alleged drug and alcohol abuse that affected the singer’s work ethic? Unfortunately, we failed to get a satisfactory answer from the “Hupenyu Ivhiri” singer when he was still breathing and it will be impossible now.

But, as a nation and fans, we might have contributed to his demise through our “unconditional” love. Where counselling and therapy was needed, we seemed to have ignored.

One thing for certain though is the late multi-award-winning Zimdancehall star was not only brilliant with the microphone but was also witty.

According to his brother Solomon Musaka, the singer was born in a middle-class family and they lived a decent life in Prospect, Waterfalls, in Harare. This is contrary to the “Chigundururu” theory that presupposed he was homeless.

“Soul Jah Love was born in a middle-class family in a suburban home. We lived in Prospect, went to former Group A schools. He went to Prospect Primary School and Lord Malvern High School,” said the brother in an interview with Star FM on Wednesday.

“We are not sure where the ghetto ‘yute’ narrative came from. But he created it, and he became hugely successful with it.”

He added that Soul Jah Love revealed his intentions to pursue music at a tender age but the family dismissed him.

“He used to tell us that he wanted to be a musician from a very young age. However, he was not taken seriously because we had never had a musician in the Musaka family.”

“Many people are of the notion that Soul Jah Love was a street kid before the fame — no! They say so simply because of the way he would shift from one household to the next.

“I stayed with him here for about five months in 2013 and during those days he was not even popular, but many people knew that he was talented because he used to sing for people in the streets,” he said.

Boshmaster has played a pivotal role in uplifting most Zimdancehall talent from Mbare, among them Killer T, Seh Calaz and Kinna. Soul Jah Love was a master at playing reverse psychology with his fans, especially in instances he would have messed up.

It was easy for his multitude of fans to turn against a person wronged by the late chanter.

An incident that easily comes to mind, is when he went on radio to apologise for missing one of his gigs allegedly after going on a drinking spree. He swiftly diverted the listeners’ attention from the issue at hand by narrating his life struggles and challenges of being an orphan and diabetic.

So charming he was, that most people were left in tears.

“The promoter should understand we are all human. There is no need for him to punish Chibaba or cry like a baby over this issue. Ngasatinetsere mwana waStembeni, he knew what he was dealing with,” said one of Soul Jah Love’s fans then.

“Why did he not ‘babysit’ him throughout the day? He was supposed to go to his place and make sure that he attends the show,” was another salvo from a fan in Soul Jah Love’s defence.

His legion of fans knew he was flawed but they still loved him unconditionally all the same. They were prepared to forgive him a countless times and never left his side even in his darkest of moments.

In fact, uttering a single negative word against the chanter attracted, and still attracts, a massive backlash from his supporters.

This is a fact that Soul Jah Love appeared oblivious of. He battled depression for as long as he believed he was ridiculed.

His short-fuse also did not help matters either.

Career-wise, Soul Jah Love was just in a league of his own.

“His lyrics ‘Dai hupenyu hwaitengwa, ndainotenga hwamai vangu . . . ’ will be fondly remembered by the mothers of this nation for celebrating motherhood,” said Dr Abigail Magwenzi, commander of the Redlipstick Revolution.

The public identified with his songs because they captured our day-to-day lives in melody.

In its diversity, Soul Jah Love’s music was anchored on the daily struggles and victories of the ordinary ghetto youth.

He was admired by many and this could partly explain why President Mnangagwa did not hesitate to declare him a hero.

“His Excellency, the President and First Secretary of Zanu PF, Cde Emmerson Mnangagwa, has conferred a liberation hero status to the late Cde Soul Muzavazi Musaka, who passed away

“Soul Jah Love’s death has robbed the nation of one of its talented young musicians who pioneered the production and promotion of Zim dancehall music from the high-density suburb of Mbare to national prominence,” said Moyo.

“He emerged from a crop of youngsters who were hungry for success in the music industry with their mix of Jamaican-influenced reggae beats with Zimbabwean style lyrics which resonated with the experiences of youths across the country. He will be sorely missed by his legions of fans and the entire music fraternity in Zimbabwe.”

While he did not spend much time with his mother, the loss would have adverse effects in his personal and professional life.

His stepmother is alleged to have evicted him from the family home in Waterfalls.

This promoted him to briefly seek refuge at Roki’s place, who stayed in the same area then.

“Having had several interviews with him (Soul Jah Love), I am a fully convinced that losing his mother  . . .  affected him. He blamed every unfortunate incident in his life to losing his mother,” said former Star FM presenter Phathisani Sibanda.