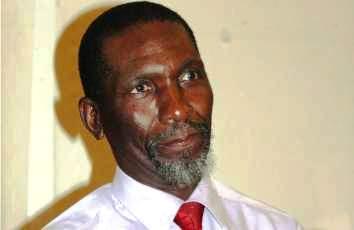 BULAWAYO – Former national healing minister Moses Mzila-Ndlovu has said only widespread protests against the President Emmerson Mnangagwa government was the only way to save the country from total collapse.

The call by Mzila-Ndlovu comes at a time separate mass protests have been organised by the MDC and the Zimbabwe Congress of Trade Unions (ZCTU) as public disenchantment against the Mnangagwa-led administration continues to grow.

“The general public should forget about things ever getting better in Zimbabwe, since Mthuli Ncube has openly declared that they should brace for harder times,” Mzila Ndlovu told Southern News.

“Things can never get harder than this … they have been thrown into poverty and things will continue to go deep as long as Zanu PF is in charge of this economy,” he said.

BULAWAYO – Inconsistent disbursement of funds to the local authority here by the Zimbabwe National Roads Administration (Zinara) has divided the city fathers with many feeling the latter was causing unnecessary shortcomings to councils’ operations.

According to the latest council report, the road authority management has been failing to release to councils in full the money it will have gazetted.

In October last year, Zinara disbursed $1 197 892,80 which money was channelled towards the settling of outstanding payments to contractors and suppliers, according to the report.

This, however, has not gone down well with some councillors who feel the little money being periodically released was jeopardising the planning of the city fathers with regards to roads administration.

BULAWAYO – Bulawayo city fathers have noted with dismay the absence of enough litter bins in the central business district (CBD), a development that has caused avoidable littering in the city.

The director of health services last month submitted to council committee on health on the situation resulting from the absence of litter bins in the city.

Councillor Rodney Jele enquired on the progress of the production of street bins as a lot of streets in the CBD had no litter bins.

Jele suggested it was time the Bulawayo City Council (BCC) emulate Mutare where empty 200-litre drums were converted into bins.

“Some of them were cut into half to produce two bins. This idea could be emulated in Bulawayo as well,” Jele noted.

He also suggested the introduction of late night street sweeping in the city.

Newer Post
Honesty will pull govt out of mess
Older Post
JUST IN: Doctors’ disciplinary hearings to be fair