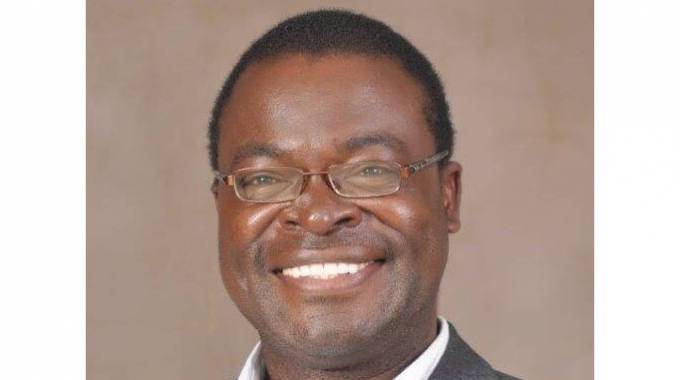 Our reporter Sharon Munjenjema last week spoke to the Higher and Tertiary Education, Science and Technology Development Minister Professor Amon Murwira to get an update on the project.

Question: Last year, the national geospatial and space agency was officially launched. What has happened since then?

Answer: His Excellency (President Mnangagwa) approved the ZINGSA board in August. To us, it is a big development. Since this is a new institution, we are in the process of creating an official home for ZINGSA, which will be at the High Performance Computing Centre for Zimbabwe Complex at the University of Zimbabwe campus.

We have constructed a building there. Construction is done, we are now furnishing it. We have  released $1,3 million to them (ZINGSA) to that effect.

Q: Let me interrupt you a bit, tell us about this board. Who are the members?

A: I am not yet at liberty to announce it, but it has nine people. I will announce it officially as soon as the offices are ready. The board will begin its work then. The people on the board are mostly scientists, but of course, to comply with good governance, there is a person with a finance background and a person with a background in law. They are from within Zimbabwe and the Diaspora. ZINGSA is basically a scientific institution and we need people who know and understand that science changes the world. That is the criteria we used to select board members. The board will probably be announced next month.

In the meantime, we are co-ordinating the activities from the Ministry and the Research Council of Zimbabwe. One of the projects being done by ZINGSA is to map hazard zones in Zimbabwe. After Cyclone Idai, we have to look again at Chimanimani and determine places that are dangerous and those that are safe for human settlement. We were given this task by Government and $936 000 has been allocated towards that. They have created a map already, marking areas likely to flood, trigger landslides and so forth. Satellite and drone technology was used to come up with this map. So next time when authorities are trying to settle people, they will avoid all the areas marked unsafe. This has never been done before; this is the duty of a space agency. A full comprehensive report is yet to released, it is still work in progress. ZINGSA does not have any permanent staff yet, so all this is being done by scientists from the country’s universities.

Q: All-in-all, how many projects is ZINGSA working on?

A: They are eight. One ongoing project is revising Zimbabwe’s agro-ecological regions. Over the course of the years, Zimbabwe’s five agricultural regions have shifted because of climate change. The team is getting closer to completing the project; they are just left with consultation visits to all provinces so that all scientists can agree with the final result before it is made public.

The other project is on precision agriculture, which is aimed at boosting agricultural yields by using satellites to survey all soils in the country in order to determine specific fertiliser requirements for each area.

The other one is on strategic solar mapping of Zimbabwe. This is being done so that we are able to exploit solar energy in strategic places where it will be productive.

We are also working on creating an international network for ZINGSA. We have entered into an agreement with the ministry responsible for higher and tertiary education in Russia.

It runs the Russian space agency called Roscosmos. We went to attend Roscosmos’ air show in Moscow. The Permanent Secretary (Professor Fanuel Tagwira) went and had high-level discussions with Roscosmos, which will result in something. At the same time, we have also visited several space agencies like Thales Alenia Space from Europe. When I went to TICAD (Tokyo International Conference on African Development), there was a meeting for technology and innovation ministers and we were able to begin talks with a Japanese institution to try and broker an agreement. It is still yet to be finalised, so I cannot divulge more than this. The agreement will help us manufacture a wholly ZINGSA-owned satellite.

Another project that ZINGSA is doing is the mapping of A1 and A2 farms.

This demarcation programme will pave the way for the issuance of 99-year leases.

The team has already started.

They are also going to be mapping mining claims to reduce conflicts as well as to determine how much mineral assets we have in Zimbabwe, something which has not been established as yet.

The eighth one is the creation of tracking devices to be put on wildlife. They have been having challenges due to delays in procurement procedures. But the technology has been procured.

Q: Please explain how this space-based tracking technology will work.

A: We are simply purchasing tracking technology, then we will apply it here. While we do that, we enhance understanding of the technology and move towards manufacturing in future. We are basically just trying to make sure that space and geospatial technologies permeate into the lives and operations of Zimbabweans.

As you know, there have been problems of wildlife poaching and human-wildlife conflict; if we can tag lions, for instance, we can be able to geo-fence them. When lions pass a certain area, they can be detected and action can be taken. It not only reduces human-wildlife conflict, but it enhances conservation, and by doing that, we can promote tourism.

Q: How are all these projects being funded?

A: Around $7 million was committed to operationalising ZINGSA. And as I have mentioned, $1,3 million was released recently to make sure the work gets done.

Q: What are the time-frames for all these projects?

A: There are no set, rigid time-frames. The projects are continuous in nature. We don’t want to have a situation where we react to disasters, we want to prevent them.

Q: Since Zimbabwe does not have satellites yet, whose satellites are being used for these eight projects?

A: At the moment, we are using information from commercial satellites. But some information is available for free.

Q: You have mentioned that the ultimate goal is for Zimbabwe to have its own satellites. Please explain why that is a priority, considering that it is possible to just use information from other country’s satellites?

A: It is important for us to have our own satellites for purposes of controlling them. Space technology allows us to have an overview of our resources. For instance, I mentioned that the quantity of Zimbabwe’s minerals is unknown. Experts have often pointed out that this puts Government and State entities at a disadvantage when marketing the country’s natural resources beyond the borders to lure investors. So we need to be able to determine that on our own.

Q: Zimbabwe is currently facing short-term economic challenges due to austerity measures being implemented by Government. Please tell us why it is important to be directing resources towards a space agency in light of these economic challenges.

A: Space technology enhances how we exploit our resources to their maximum capacity. In order for that, we need to know how much resources we have. Some of the problems we have as a country are because we are behind with global technology trends.

Even this issue of lack of medicines in hospitals can be a thing of the past through space medical technology innovation. The space agency is something that just needs to be done.