Spouses can now disinherit each other

Source: Spouses can now disinherit each other | Herald (Top Stories) 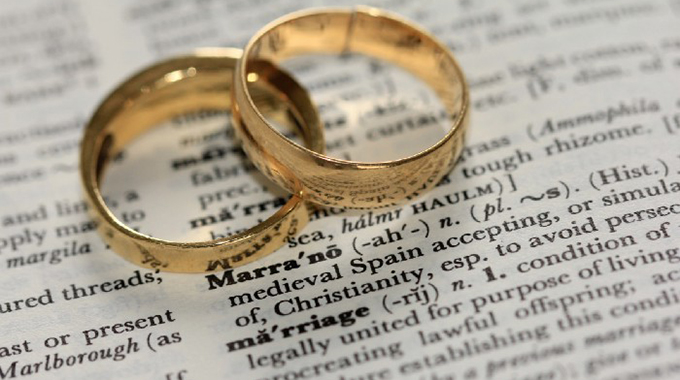 Fidelis Munyoro
Chief Court Reporter
The Supreme Court has ruled that parties to a marriage are free to disinherit each other, in a landmark judgment likely to spark fierce debate.

A five-judge panel of the Appeals Court unanimously concurred that the law governing the property rights of married persons in Zimbabwe is the Married Persons Property Act [Chapter 5:12], which provides that since 1929, marriages in Zimbabwe are out of community of property.

The ruling follows an appeal by Mr Gerald Chigwada challenging the decision of the High Court which nullified a will by his late father bequeathing him his share of property in favour of the surviving spouse.

The question for determination before the judges was whether the law governing the property rights of married persons, or the law of testamentary disposition of estates, binds a testator to bequeath his or her right in an estate to the husband or wife.

Writing the ground breaking judgment for the court, Chief Justice Luke Malaba said parties to a marriage out of community of property are legally entitled to own and dispose of property in their individual capacities.

“The law of testamentary disposition in Zimbabwe recognises the doctrine of freedom of testation and does not oblige a testator to bequeath his or her property to the surviving spouse,” he said.

“The law of testamentary disposition, which is based on the universal principle of equality of men and women, gives a right to a person married out of community of property to dispose of his or her estate by will to whomsoever he or she chooses.”

The court found that the decisions of the High Court that a testator is bound to leave his or her property to the husband or wife and declaring testamentary disposition to the contrary to be void are inconsistent with the law and they should no longer be followed.

Gerald and his stepmother Ms Penelope Chigwada were embroiled in a row over the estate that was bequeathed to the former in a will signed by his late father Aaron Chigwada. Penelope was married to Chigwada (the deceased) in 1971 in terms of customary law.

In 1975 the parties had the union solemnised in terms of the Marriage Act [Chapter 5:11]. Before marrying Penelope, the deceased had been married to Gerald’s mother.

They had divorced. Chigwada had six children with his first wife, Gerald being the fifth child and the youngest son.

During the subsistence of their marriage, Penelope and Chigwada acquired a house, Stand No. 28181, Mbare, also known as No. 85 Vito Street.

The immovable property, which became the matrimonial house, was registered in the joint names of the husband and wife. Each spouse owned half of the beneficial interest in the house.

On September 20, 2007 Chigwada made a will, in terms of which he bequeathed his half share of the beneficial interest in the house to his son, Gerald.

He appointed Mr Shepherd Kusada as the executor to give effect to the testamentary’ disposition. Chigwada died on July 19, 2011.

The will surfaced after Chigwada’s death. Penelope, who is the surviving spouse, approached the High Court challenging the right of Gerald to succeed to the half share of the beneficial interest in the immovable property left to him by his father terms of the will.

Penelope believed, from teachings at her church, that the surviving spouse had a right to inherit the estate of the deceased husband or wife regardless of the existence of a will disposing of the property to a person other than the surviving spouse.

Inspired by the belief she held, Penelope thought that had it been the testator’s intention to bequeath the property to his child, he should have bequeathed it to all the children that survived him.

In the High Court, the only issue that remained for determination was whether the will was valid under the Wills Act [Chapter 6:06], after other grounds for disputing the will were abandoned.

Initially, Penelope had sought an order declaring the will void on the allegation that the late Chigwada lacked mental capacity to execute the will. She had also alleged fraud and undue influence.

Penelope eventually settled on the allegation that the will was invalid because the disposition did not leave the testator’s estate to her as the surviving spouse. The contention addressed the question of the essential validity of the will by making the allegation that the law of testamentary disposition binds a spouse to leave his or her entire estate to the husband or wife.

But in his ruling Chief Justice Malaba stated that the legal position is that a spouse in a marriage out of community of property has no right to inherit the other spouses’ property until he or she has by will disposed of the property to him or her.

The Chief Justice, however, said where a spouse dies without leaving a will, the right to inherit the free residue of the estate devolves to the surviving spouse in terms of the law.

Advocate Sylvester Hashiti instructed by Mr Fred Gijima argued the matter for Gerald while Adv Choice Damiso acted for Penelope with Advocates Fadzayi Mahere and Lewis Uriri coming in as amicus curiae (friends of the court).