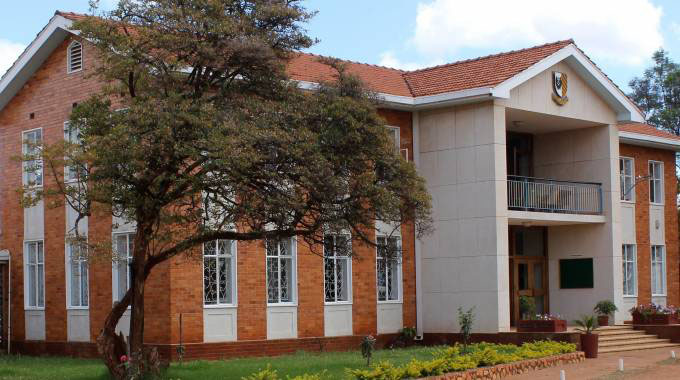 SAINT Ignatius College is at a crossroads with the news of its privatisation, following its weaning off by the Roman Catholic Church that founded it in 1962.

It is the end of an era. But, what does the development mean for the school — and so many years of memories and pedigree?

In separate interviews with The Herald yesterday following the announcement that the school was going private effective January 1 next year, stakeholders said St Ignatius College needed to continue offering affordable education in line with modern trends.

St Ignatius College stakeholders have lauded the decision to privatise the Government-aided Catholic boys’ high school arguing the move would support its ability to be benchmarked with other top-notch sister schools such as St George’s College.

St Ignatius College Alumni Association chairman Mr William Mandinde said while the school continued to provide quality education over the years, it needed to equip students with life skills, putting them at par with pupils produced by other Jesuit schools.

“St Ignatius has always been known for its rich academic legacy but this history needs to be blended with contemporary trends.

“Modern day students are equipped with life skills in addition to their academic excellence and privatisation will go a long way in achieving this vision,” said Mr Mandinde.

He said owing to the micro-economic environment, the school was unable to implement some of the projects it wished to.

Former chairperson of the association and school headboy Dr Prosper Chonzi said owing to the obtaining economic environment, general standards had been going down over the   years.

“Over-regulation could also have played a part in deterioration of standards from the time we learnt there in the 1980s and now. “Indeed privatisation is the way to go to keep the school up to its standards,” said Dr Chonzi.

One of the college’s pioneer students in 1962, who also proceeded to teach at the same school between 1971 and 1978 Mr Cuthbert Chiromo, congratulated all stakeholders who contributed to the success of the privatisation initiative.

“Well done to all who were responsible for the new status of our beloved St Ignatius College. I remember teaching the likes of the great physician, Dr Dzvanga, Dr George Makoni, Julius Makoni; recently ordained Archbishop in the Anglican Church, Dr Danboy Gandanhamo, Dr Simon Mkondo, to mention only a few.

“At St Ignatius, we have always believed that 100 percent is not good enough, but the quality of the 100 percent,” said Mr Chiromo.

St Georges College Rector, Father Lawrence Daka said the decision to privatise the school followed endorsement by parents, guardians and other stakeholders to pursue that route in an effort to strengthen the characteristics of Jesuit education with contemporary developments and needs in learning and teaching.

“A few years ago, the school embarked on a strategic planning process that involved all key stakeholders of the college such as parents, alumni, students and Jesuits.

“The conclusion of that process was that the college would remain true to its vision as a Catholic and Jesuit school if it gave away Government aid and therefore pay its own teachers,” said Father Daka.

He said following approval from stakeholders for the school to proceed with privatisation, the Ministry of Primary and Secondary Education was then approached for the change of status.

He said while the college will charge reasonable fees for meaningful development, authorities will also ensure that fees remained affordable.

“The school enrols 450 learners and 19 teachers. The teachers were being paid by the Government. By privatising, the school will assume the salary bill for teachers.

“By remaining a non-profit and faith-based institution, it will make certain the fees are kept to the minimum in order to pay the bills,” said Father Daka.

St Ignatius College was established in 1962 to provide quality and affordable education to blacks since its sister school, St George’s College was mainly recruiting white pupils.

The black community faced a number of challenges due to draconian policies of the racist colonial regime.

Owned by the Prestige Trust, which owns all Jesuit properties in Zimbabwe, St Ignatius was then established to cater for the educational needs of marginalised black pupils.

The college has become known for academic excellence and co-curricula activities.