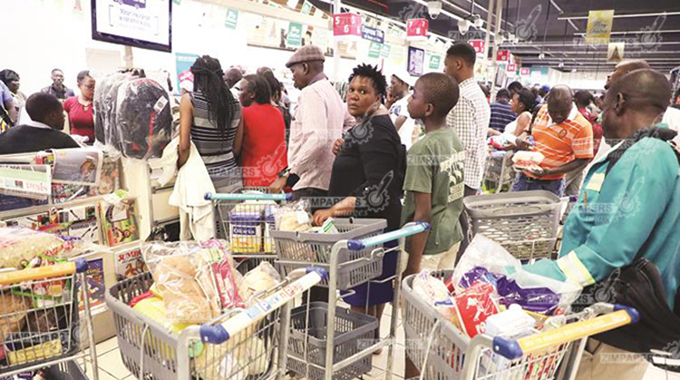 The festive mood among Zimbabweans this year has been boosted by a better spending power due to the economic stability the country is enjoying on the back of successful macro-economic interventions by Government.

In recent years, the festive spirit had been dampened by an under-performing economy that was characterised by a myriad of challenges including price instability as a result of among other factors foreign currency shortages and rising inflation.

The economy, however, is slowly sliding back on track after a number of macroeconomic strategies implemented by Government particularly the Transitional Stabilisation Programme (TSP), which has brought growth and stability despite the effects of Covid-19 pandemic that slowed global economies.

Unlike in previous years, the economy has this year not experienced any price increases most of which come around the festive season when civil servants and the rest of workers receive their bonuses.

The availability of goods has also improved and this has largely been attributed to the success of the interbank foreign currency auction system managed by the Reserve Bank of Zimbabwe, which has ensured a guaranteed supply of foreign currency to manufacturers to import critical raw materials.

In an interview with The Herald Business and Finance yesterday, Confederation of Zimbabwe Retailers (CZR) president Mr Denford Mutashu, said this year has seen brisk business for the retail and wholesale sectors as the festive shopping is higher.

Mr Mutashu said it was relatively too early to give exact comparative statistics as the festive season is still on, adding that in general and comparing with 2019, this year showed a glimmer of hope for many players.

“It’s a bit too early for us to give definitive statistics but the general consensus from our membership is that this year is certainly better than the last couple of years,” said Mr Mutashu.

“Even if you visit supermarkets in town or in your area of residence, you will attest that people are shopping.

“I think the major reason behind this is the stability that the economy has been registering of late. Unlike in the past, this aura of stability means that people have had the liberty to plan for their festive season and the result is manifesting in our shops.

“There is no denying to the obvious fact that things need to continue improving and people must have more disposable income but I think for now we are appreciative of what we are seeing.

Mr Mutashu said the confederation is, however, grappling with the Zimbabwe Revenue Authority’s (Zimra) decision to backdate VAT on rice sales, which he said could push some players out of business.

Retailers, Mr Mutashu said, have received requests from the taxman to submit their rice sales dating back to February 2017 so that they can then be levied 15 percent in VAT.

“There is general stability in the economy and this certainly augurs well for economic growth that we want and for which Government is pushing.

“The only challenge we have in the sector is the issue of backdated VAT on rice. We are, however, calling on our membership to be patient as we negotiate with Zimra and we are confident that we will have a positive outcome that benefits both the private sector and the economy at large,” he said.

Thompson Sigauke of Mufakose, said this year his family would experience a Christmas with a difference as the value of the local dollar remained stable.

“We used to do panic buying because those who received their salaries earlier would buy goods at much better prices. This time we will prepare our back to school groceries even in January, we are not worried at all,” he said.

Another shopper Emerald Chisvo from Borrowdale said: “This time we are able to plan and we can buy the items we need anytime because prices are not increasing on an alarming rate…there is stability and thanks to efforts by Government to ensure that at least people can have meals on the table.”