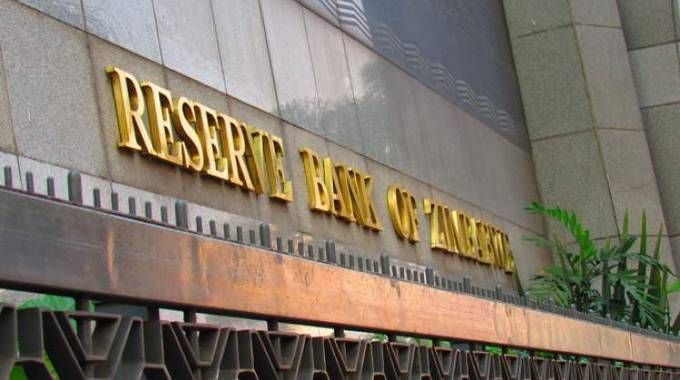 The ruling exchange rate, as determined by the Reserve Bank of Zimbabwe (RBZ)’s foreign currency auction system, reflects true market sentiment based on the bids spread of various importers, a key member of the central bank’s monetary policy committee (MPC) has said.

This assertion is also backed by recent research findings from the Zimbabwe Economic Policy Analysis and Research Unit (ZEPARU), in its Economic Barometer Volume 22, which was released last month.

The research findings concluded that since the rate would naturally drift towards the dominant bid thresholds, it has remained little changed over the last three months, due to balance between the lowest and highest bids.

This means that the exchange rate reflects the true sentiment in the market and the autonomy and flexibility of the auction system in drifting towards the independent choices of the market at any given time.

Mr Eddie Cross, who sits on the central bank’s MPC, said in an interview that the ruling exchange rate, which now stands at $81,67/US$1 after last week’s auction, was the true reflection of the average weighted rate from all applications submitted by and allotted to importers.

There have been insinuations from various quarters that authorities have a hand in influencing the direction of the exchange rate, which has been remarkably stable over the last three months, following the introduction of the foreign currency auction system on June 23, 2020.

This also comes amid calls for the apex bank to allow banks to take the lead in the auctioning of foreign currency in the country in order to build confidence in the market and also demonstrate the autonomy of the forex auction system in market-led price discovery.

Based on the allotments, a weighted average rate is calculated, which is deemed to be the prevailing market exchange rate for the rest of the week.

There are basically about two main influencing factors, high or low bids, which determine the exchange rate, with both factors being mutually reinforcing.

Zimbabwe’s annual inflation declined by 101 percentage points in September 2020 to close the month at 659,40 percent, according to the Zimbabwe National Statistics Office (Zimstat), pointing to success in efforts by authorities to burst the bubble. At the same time, month-on-month inflation was down to 3,83 percent from 8,44 percent in August.

The inflation rate started galloping from October 2018, taking off from a lowly 5,39 percent a month earlier, as Zimbabwe was exiting the multi-currency regime and reverting to a domestic currency after a decade.

The reform process, part of widespread as necessary economic reforms by the New Administration, saw inflation reach post dollarisation high of 837 percent in June 2020, as the economy came to terms with the ongoing changes.

Finance and Economic Minister Mthuli Ncube, said the reforms the Government has undertaken under the Transitional Stabilisation Programme (TSP) (2018-2020), have been highly successful, with every target having been achieved.

Mr Cross said that the auction system has worked extraordinarily fine since its introduction on June 23, 2020 with virtually all bids for foreign currency that are being submitted by the importing firms getting successfully allotted.

Mr Cross said he had actually been surprised by the low level of demand for forex by formal entities, which is averaging US$30 million each week.

Plans to bring in banks to collaborate in the trading of forex on the auction market through the Reuters system had failed, forcing the central bank to play a dominant role in the management of the auction system, which has been highly successful and effective since its inception.

“We have seen no sign of manipulation or attempt to influence the exchange by the bank or its staff. I have actually been surprised by the lack of demand, US$30 million weekly, which is not massive by any stretch,” he said.

Mr Cross said over the past three months, the central bank, through the auction market, has been able to meet the demand for foreign currency in full. Over US$370 million has been allotted to both large corporate and small and medium enterprises (SMEs) for key imports.

While the central bank prioritises allotments to the highest bids, in terms of principles of the Dutch auction system, he said the RBZ’s MPC would throw out “outlandish” bids, particularly those that appear extremely too low.

According to the Zimbabwe Economic Policy Analysis and Research Unit, participating firms on the auction have comparable levels of influence, such that individually they cannot influence market outcomes; an expected trait in a market determined exchange platform.

ZEPARU also said there was no evidence of the RBZ’s invisible hand.

“This, therefore, means that in general the auction market is exhibiting the expected dynamics for a market determined system,” ZEPARU said.