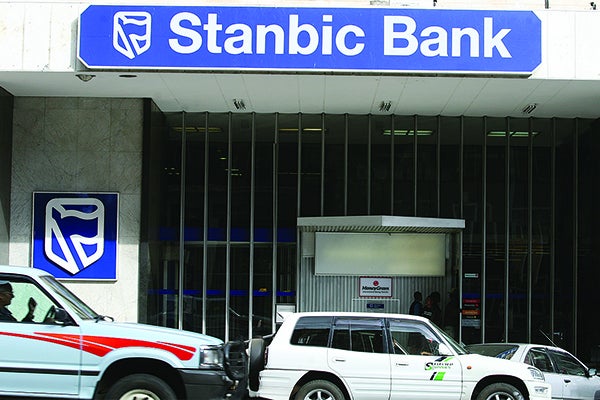 Stanbic Bank Zimbabwe, a subsidiary of the South African-headquartered banking group, Standard Bank, has been one of the few consistently performing banks in the country during economic upheavals.

“Tapambgwa joined Stanbic Bank on September 1, 2002 as head of finance and rose through the ranks to become CE in 2008. It is the softly spoken Tapambgwa’s sterling work that saw him being promoted first to executive director (finance) in 2005 then chief executive in 2008, a position in which he has steered the bank to greater heights during his 12-year reign as head of the institution,” Stanbic Bank Zimbabwe said in a statement.

Tapambgwa was appointed chief executive officer of Stanbic Bank Zimbabwe in 2008 when the banking sector was hopping from one crisis to another, including the collapse of the Zimbabwe dollar and spiralling inflation.

“My appointment was akin to being thrown into the deep end as the economy was heading south and I would definitely say steering the ship during some of the country’s worst economic times gave me great satisfaction. Obviously, I had a great team around me so that lessened the burden,” Tapambgwa said.

Under Tapambgwa, Stanbic Bank received numerous awards including being adjudged as the best bank in Zimbabwe.

“As much as Tapambgwa did well during the harsh economic times in Zimbabwe, he has been instrumental in guiding Stanbic Bank in these trying COVID-19 times with the institution introducing a myriad of products aimed at protecting its customers from the pandemic while ensuring that they received top-notch service,” the financial institution said. He said leading a team trusted with responsibilities to hold dual roles (Zimbabwean and regional roles) such as head of finance, head of audit, head of risk, head of projects, head of group physical security was one of his proudest moments in life.

Tapambgwa says he is confident that the team of leaders he extensively groomed is more than capable to take the bank forward after his departure.