Starting out in agribusiness: Importance of small steps 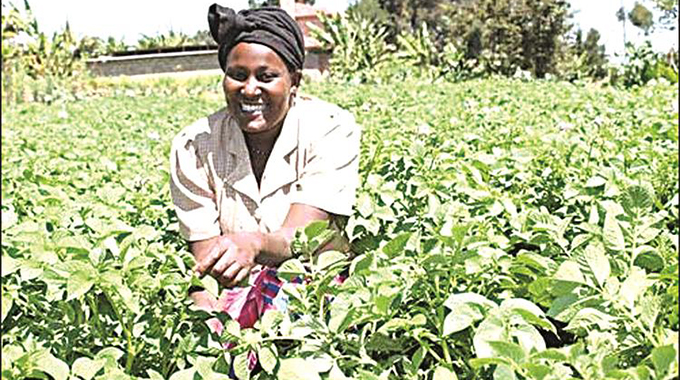 Aspiring agri-preneurs must be willing to start small

Most people who have a desire to venture into agribusiness bemoan the lack of capital to finance their ideas and turn them into worthwhile projects, hence the concepts never see the light of day.

Inasmuch as it is true that the liquidity crunch is a hurdle, we need not be blinded to the fact that the capital requirements to establish a start-up in developing economies such as Zimbabwe are significantly small.

In the current situation, the key is to start small and take baby steps until the enterprises become fully-fledged businesses.

In Zimbabwe, one can start an enterprise with as little as US$1 000, which is in other economies, “lunch money”.

The aspiring agri-preneurs must be willing to start small. We have an adage in Shona which says, “Chihombe chinobva muchidiki,” meaning, “All big things start small”.

This philosophy is important in taking advantage of the low capital requirements permissible in our economy.

When one holds a conversation with most Zimbabwean farmers they express the desire to get into lucrative enterprises such as potato, blueberry and cut-flower production which can turn around our agricultural sector.

However, these intended projects never materialise and remain hypotheses because the agri-preneurs feel that they do not have enough capital to start such adventurous projects.

I have heard some, so discouraged even going to the extent of saying that such enterprises are the white farmers’ domain.

What I have seen is that most of them want to start big and are not willing to take the small steps towards establishing their projects.

For example, one needs approximately US$8 000 to do one hectare of potato.

Now, US$8 000 is a lot of money and quite difficult to raise for the bulk of our smallholder farmers, considering the state of our economy.

Having said that, let us look at the same scenario from a different dimension.

Let us suppose that, instead of the farmer doing 1 hectare (10 000m2) they decide to do a quarter of a hectare (2 500m2), the capital requirements would be US$2 000, four times less than that needed for the hectare.

With an expected yield of 40 tonnes/hectare, this translates to 10tonnes/2 500m2.

The next season the farmer has enough capital to undertake half a hectare of potato which yields US$8 000 turnover with a 100 percent profit of US$4 000.

In the third season, the farmer will have enough financial resources to do one hectare of potato.

Mind you the crop cycle for potato is 3-4 months.

This means that the farmer can produce the crop an average of three times in a year depending on where they are located because some areas are prone to frost.

Therefore, the farmer can leap from a quarter hectare to a hectare in a year by starting small.

One thing that has to be emphasised is discipline with the profits. That is the biggest problem with most smallholder farmers. Once they get paid, they forget about the next season.

They start to buy flashy expensive things instead of expanding operations on their farms.

When I used to work for a certain agricultural organisation, I would see a lot of farmers after a bumper harvest, having been handsomely paid, buying expensive cars yet their scale of operations was still small.

Some would even struggle to finance the next project because they would have squandered most of the money buying cars they could not yet afford which also brought with them maintenance and operational costs.

Some would buy fancy high-end furniture to adorn their homes instead of improving the state of their fields.

A friend of mine who works as an extension officer at the Agricultural Research and Extension (AREX) department in Chiredzi would narrate to me how farmers behaved after selling some cane crop.

The place would become “Las Vegas” for a month or so. Some farmers upon seeing him would throw US$50 bills to him and say, “Buy yourself a drink, your throat is dry”.

The following month would be the exact opposite of the revelry as the district wallowed in financial woes.

In this financial aridity, some of those who threw US$50 and US$100 bills at him would come begging for as little as $5 from him.

Profusely thanking him when they received the money. The lessons go unheeded and the same cycle continues every season.

It seems to me that it is not the lack of capital stalling progress in our smallholder agriculture, but the lack of financial savvy and discipline needed to turn start-up enterprises into well-developed businesses that are an indispensable part of society.

Modern agriculture is complex and sophisticated. We must move expediently from the subsistence approach and undertake our operations in a business-oriented way.

We need to intensify the production levels per unit area. Efficiencies in managing our field operations as well as our bank accounts are key to running progressive agricultural enterprises.