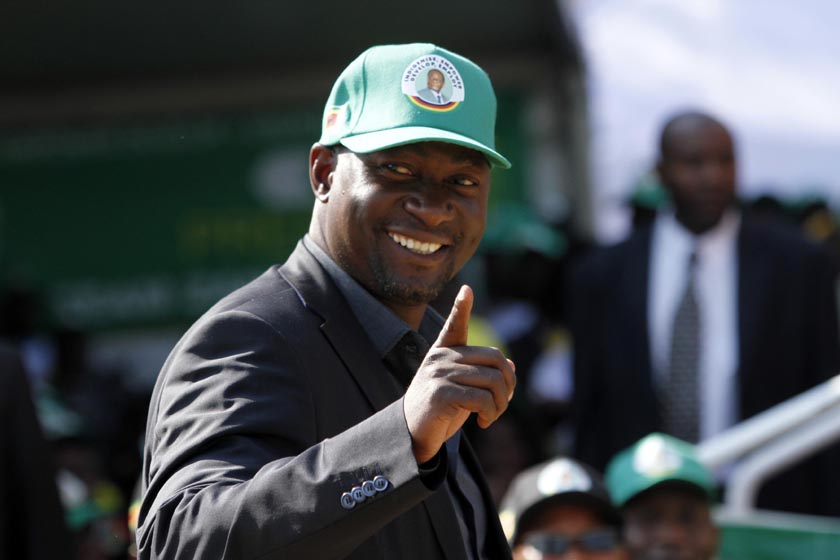 The State yesterday conceded that it did not have some of the documented evidence needed to nail former Cabinet minister Supa Mandiwanzira, who is facing charges of contracting a company he had interest in to do consultancy work for State mobile operator, NetOne, without going to tender.

Mandiwanzira, who is also facing another charge of appointing his personal assistant Tawanda Chinembiri to the Postal and Telecommunications Regulatory Authority of Zimbabwe board, yesterday appeared before magistrate Francis Mapfumo for trial.

The defence, led by Advocate Thembinkosi Magwaliba, had asked the State for further particulars for the trial to resume.

Magwaliba had also requested the tender documents relating to Chinese company Huawei Technologies’ contract with NetOne for the supply of network expansion and modernisation equipment.

He also requested a State Procurement Board authorisation document on the renegotiation of the contract and minutes of a meeting in February 2016, which concluded that Huawei was overcharging for the equipment.

Magwaliba also wanted the State to furnish him with a copy of the title deeds of a property in South Africa, which is allegedly co-owned by Mandiwanzira’s company Blue Nightingale and Megawatt Energy owned by Lui Xiadong, a Chinese national, plus a police diary log and Chinembiri’s employment contract.

However, the prosecution, represented by Tapiwa Godzi, told the magistrate that the State did not have most of the evidence requested by the accused because they relied on verbal evidence.

“We also do not have minutes of the meetings. The accused knows for sure where the minutes are found because they were kept by him. Most of the correspondence we have are verbal. We do not have proof of the title deeds to show that the accused’s company shared a property with Megawatt owner.”

He said the documents were not necessary for the trial, but were being brought up to delay the trial proceedings.

“It is my view the requests are calculated to deliberately delay the proceedings to a date in January. The accused is seeking a postponement through the back door,” Godzi said.

But Magwaliba argued that the State could not refuse to provide further particulars to the accused so that he prepares for trial.

“Those documents not relied upon by the State are relevant to the accused’s defence and must be supplied. It is provided in terms of the law that the court can postpone the matter for the purpose of allowing the State to provide the documents,” he said.

“The State witness, Reward Kangai, alleged Mandiwanzira co-owned a property in Johannesburg, South Africa with Megawatt owner, but the State does not have the title deed of the property to show the court. If the document is not in the hands of the prosecutor, then its relevance in court is invalid.”

Mapfumo postponed the matter for ruling to December 21.