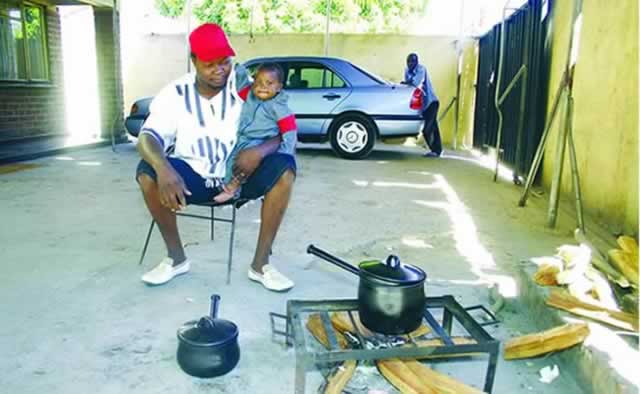 Job Sikhala, seen here in this file picture tending the pot at his St Mary’s house.

In opposing bail, prosecutor Garudzo Siyadhuma told the court that Sikhala was a flight risk, hence not a suitable candidate for bail.

Mr Siyaduma led evidence from Detective Collins Makore of the CID Law and Order section who told the court that police struggled to arrest Sikhala.

Detective Makore said when they arrived at the house where Sikhala was, he was hiding in the ceiling.

Sikhala is said to have only responded after police threatened to throw a teargas canister into the house.

“When we entered the house, we met a woman who lied that she was alone in the house,” he said.

Harare magistrate Mr Lazini Ncube deferred the matter to today for continuation of the bail application.

The court heard that during the period stretching from March 2020, Sikhala called on the people to demonstrate against the Government on July 31, by saying “there is a war we should fight and if we don’t fight, nothing will come out . . . I will fight the State since I’m not easily intimidated.”

According to the State, the declarations were made by Sikhala on his social media platforms, adding there was reasonable suspicion that he committed an offence.

Sikhala’s lawyer, Mr Eric Matinenga challenged his placement on remand, arguing every person has a right to demonstrate, freedom of association and expression.