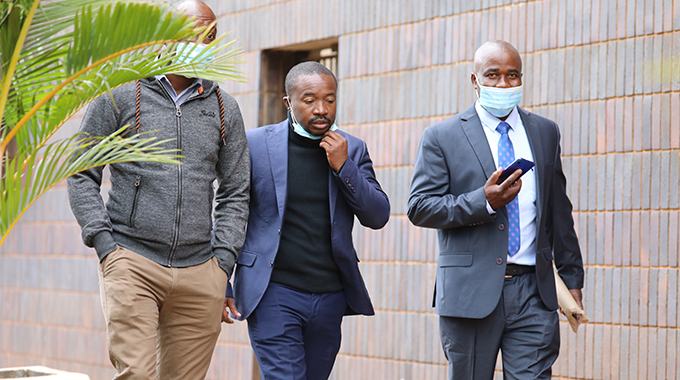 THE State wants to apply for the revocation of the $30 000 bail granted to suspended Harare mayor Jacob Mafume on the basis that he is likely to interfere with investigations in matters he is accused of criminal abuse of office and bribery.

The High Court granted bail Mafume on December 8, but was rearrested after he allegedly attempted to bribe a witness in the matter.

He was arrested on December 14 for bribery and the bail appeal in the case was reserved at the High Court.

The State, led by Mr George Manokore and Ms Sheila Mupindu, yesterday told the court that they wanted to make an application for bail revocation to allay fears of Mafume’s further interference.

Mafume’s lawyer, Mr Tonderai Bhatasara, told the court that he had instructed Advocate Thabani Mpofu to represent him and was not available to respond to the State’s application.

Mr Bhatasara said Adv Mpofu was on vacation and there was no urgency in the State making the application.

He said bribery allegations arose on December 14 and State should have made its application on the day in question.

Deputy Chief Magistrate Mrs Bianca Makwande said it was not disputed that the application for revocation of bail was urgent, but that there was need to consider the interests of justice and that of Mafume.

Mrs Makwande said Advocate Mpofu could avail himself for the hearing and ruled that he should attend court on Monday, when the State makes its application.

Mafume is being charged with criminal abuse of office after allegedly allocating Westlea stands to his sister Rotina Mafume and his law firm’s secretary, Rutendo Muvuti, without following due process.

He is also charged with bribery after he allegedly offered a witness, Edgar Dzehonye, money so that he could testify in his favour during trial on criminal abuse of office case.