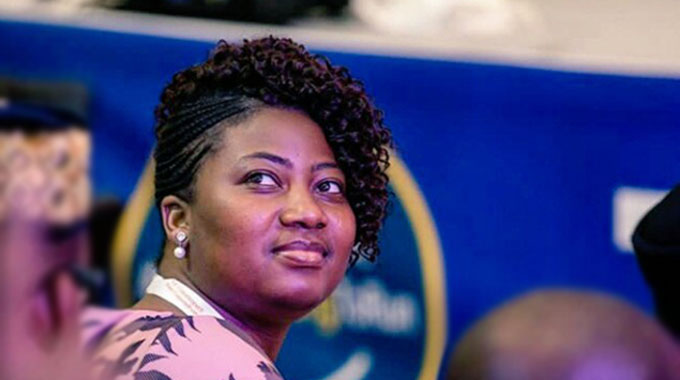 THE State yesterday indicated that it wants MDC-Alliance member, Joana Mamombe, to be examined by two Government doctors to ascertain her mental condition after her doctor indicated that she was suffering from a mental disorder

Prosecutor Mr Michael Reza notified Mamombe’s defence team of Messrs Alec Muchadehama and Jeremiah Bamu that he will make an application to have their client examined by two doctors.

Mr Reza is expected to make the application on September 22, when Mamombe returns to court.

Mamombe is jointly charged with Cecilia Chimbiri and Netsai Marova on charges of faking their abductions in May this year.

The recalled Harare West legislator was on Tuesday issued with a warrant of arrest after she failed to attend court for trial, as she was admitted to Borrowdale Halfway House, receiving treatment for anxiety disorder.

Harare magistrate, Mrs Bianca Makwande, cancelled the warrant of arrest yesterday after her doctor, Dr Fungisai Mazhandu, testified in court that she admitted her to the health centre. Dr Mazhandu told the court that she has been treating Mamombe for the past five months.

“I last attended to her on Friday, September 11. She was at Borrowdale Halfway House according to staff that I am working with,” she said.

Dr Mazhande said Mamombe was suffering from racing thoughts that were making it difficult for her to concentrate, sleeping problems, palpitations, fatigue and anxiety disorder. She said they prescribed sleeping tablets as part of her treatment.

Asked during cross-examination by Mr Reza on whether it was possible for another doctor to examine her, Dr Mazhandu agreed. She said it would also depend on time, notes and diagnosis that she would have received from other doctors.

Mr Reza said by virtue of Dr Mazhandu agreeing that another doctor may come up with a different opinion or finding on Mamombe’s health condition, he will then apply for her examination under Section 26 of the Mental Health Act.

“Dr Mazhandu said another doctor may reach another finding since the symptoms do not necessary point to mental, but also physical condition.

“This court is allowed at law that accused be examined by two medical practitioners to determine whether she is suffering from mental illness so that she can be treated or is not suffering at all.

“That can only happen when two Government doctors examine her and present their findings to court,” he said.

Early yesterday morning, Mr Reza told the court that he received video evidence from the investigating officer, which suggests that Mamombe might not be suffering from anxiety disorder, as she was captured on CCTV footage shopping in Harare city centre on the day she was alleged to have been hospitalised.

“Last night, I was advised by the investigating officer that they have evidence which seems to suggest she might not be suffering from the illness revealed in court.

“The evidence is on a CCTV footage and the investigating officer has downloaded the evidence on a flash disk. On the video, it shows that she was perfectly functioning and performing her normal duties and it was taken on September 4 when she was supposed to be in hospital.

“She was shopping,” said Mr Reza.

He wanted to have the video played in court, but the magistrate turned down his request, saying it was of no relevance in determining whether Mamombe was at hospital or not at the time she was supposed to appear in court.

Mrs Makwande said Mr Reza could play the video on the day he makes the application.