Steelmakers in trouble over debt 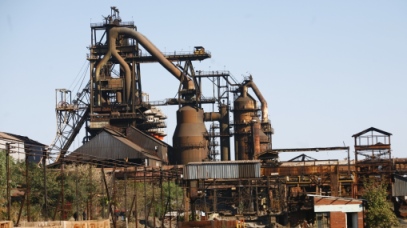 BULAWAYO – Steelmakers Zimbabwe (Private) Limited in Redcliff, Kwekwe is being sued over a debt owed to an oxygen cylinder supplier.

This comes after the two parties signed a deal in early 2016 which later collapsed as the giant steel company faced liquidity challenges.

The supplier, through Maxwell Chioto, this week filed summons against the steelmaker at the High Court demanding the sum of $11 661, from Steelmakers, which is cited as the defendant.

“The plaintiff’s claim is for payment of the sum of $11 661 being damages for the lost income as a result of the defendant’s breach of an agreement made and entered into by and between the plaintiff and defendant on February 20, 2016 and at Redcliff and unilaterally cancelled by the defendant on April 18, 2016 despite the fact that the agreement was valid until December 31 same year,” reads the summons in part.

Chioto demanded interest at temporae morae from the date of the claim to the date of full and final payment and payment of the costs of suit on a higher scale.

In his declaration, Chioto submitted that in June 2016 he entered into an agreement with Steelmakers on condition he will supply the firm with oxygen cylinders at the rate of $1,80 per cylinder.

“On February 20, 2016 the agreement was varied by mutual consent to the effect that the plaintiff would supply oxygen cylinders at the rate of $1, 30 per cylinder.

“In terms of this new agreement, the plaintiff was supposed to refill a minimum of 2 000 cylinders per month and to ensure that all cylinders have adequate pressure as per standard,” read the declaration of the claim in part.

Chioto further submitted that on April 18, 2016 the defendant unilaterally cancelled the agreement, terminating nine months of service on the part of the plaintiff.

Chioto said he worked until April 18, 2016 when the defendant cancelled the agreement.

He said efforts to resolve the dispute amicably have proved futile despite the fact that he has satisfied all his obligations in terms of the agreement.

“The plaintiff has no other option save to approach the court for recourse,” he submitted.

He then prayed for the payment of $11 661 damages for loss of business as a result of the cancellation of the deal.

The defendant is still to file opposing papers.