STIs on the rise among youths

Source: STIs on the rise among youths | Daily News 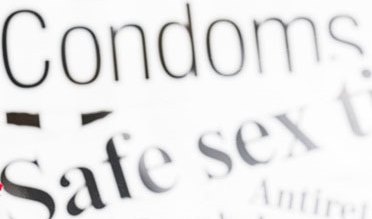 HARARE – There are concerns that more young people are risking their health by indulging in unprotected sex.

The Health and Child Care ministry says there has been an increase in the number of sexually transmitted infections (STIs) in Zimbabwe.

This emerged as Health and Child Care deputy minister John Mangwiro was discussing the potential for sexually transmitted infections with young patients at an interactive workshop about safe-sex practices on college campuses dubbed Say What ninth National Student’s Conference.

This comes amid concern by Aids activists that many learning institutions provide no sex education or just abstinence-only sex education, discouraging all sexual contact until marriage without teaching prevention of sexually transmitted diseases.

Mangwiro exhorted students to take their health seriously, saying other STIs can last a lifetime such as herpes and HIV, the virus that causes Aids.

“We are deeply concerned as a ministry that we are still experiencing an increase in incidents of STIs including HIV. STIs don’t refer to HIV only but gonorrhoea, Lymphogranuloma Venereum (LGV) where you develop swelling around the groin, herpes, and simplex type one especially where small blisters develop around the umbilicus,” Mangwiro said.

“Once you develop that, it doesn’t go away for life and it can expose a person to new infections. The STIs are still alive and in your age groups, we are worried because you still want to experiment and do what you think the adults will not be able to see, but it becomes visible at the end of the day,” Mangwiro said.

In 2018, the ministry recorded a rise in STI cases, with Manicaland Province topping the list with close to 8 000 new infections among youths.

ZNFPC Manicaland provincial manager Dyson Masvingise said most of the infections have been attributed to lack of information on proper use of protective methods, liberation from cultural boundaries and unemployment among other contributors.

An estimated 740 000 women are living with HIV in Zimbabwe.

This follows revelations of adolescents’ involvement in commercial sex work as well as prevalence of traditional beliefs such as “curing HIV after sleeping with a female virgin”, in several communities in the country.

In a recent statement, Nac said HIV prevention through pre-requisite interventions remains a key priority to reduce these infections in Zimbabwe.

Despite the progress made, Nac said the rate of new infections remains high particularly among adolescent girls and young women.

According to United Nations Programme on HIV/Aids (UNAids), 75 percent of people living with HIV in Zimbabwe knew their status.

However, there is a large discrepancy between men and women, with 76 percent of women and girls living with HIV aware of their status, compared to 68 percent of positive men and boys.