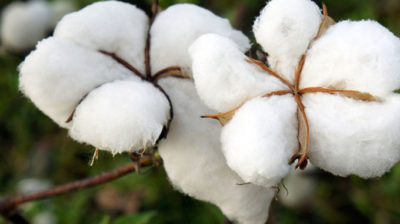 This emerged from a report by the Justice Mayor Wadyajena-chaired Parliamentary Portfolio Committee on Lands, Agriculture, Water and Rural Resettlement presented in the House yesterday following a fact-finding visit to Gokwe last week.

The report urged the central bank and other involved parties to urgently pay farmers’ dues, saying further delays robbed them of their hard-earned money.

“Policy inconsistencies among different government departments are the major cause for distrust of the financial sector,” Wadyajena’s report read in part.

The MPs visited Nemangwe, Chitekete and other centres where they interfaced with distraught cotton farmers who complained of not being paid for cotton delivered in March.

“Cotton farmers are stranded as no cotton companies are disbursing payments given that their e-wallet method of payment to farmers has been suspended by the Reserve Bank of Zimbabwe.”

The farmers, according to the report, were being paid using retrospective prices that would have been gazetted several months prior, resulting in immeasurable losses in value of their income.

“This has brought untold suffering to this marginalised group of members of the society. Cotton farmers are being both neglected and abused,” the report further read.

The committee recommended that government, through the Lands and Agriculture minister, should review the price of cotton in line with international market dynamics. The last price was announced in March with a kilogramme of cotton going for $43,94.

Under the arrangement, farmers were supposed to get US$10, 38% of their earnings per bale in bond notes and the remainder via mobile money system.

The committee ordered that the central bank immediately unfreezes over $300 million trapped in the Cotton Company of Zimbabwe’s EcoCash merchant lines meant to pay farmers.

“The committee recommends that disbursement of funds to farmers is initiated and completed within 24 hours of selling of their bales,” the report read.

“It is unacceptable that no explanation has been offered to mostly poor and vulnerable farmers who have been stranded without pay on account of the decision to suspend bulk mobile lines.”