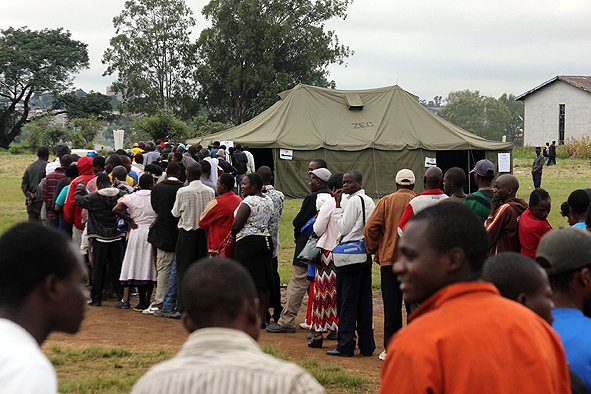 ASPIRING female politicians should desist from being cry-babies as public office was not for the faint-hearted, a government official has said.

Speaking at a Women’s Coalition of Zimbabwe (WCoZ) meeting in Gweru last week, Midlands provincial development officer in the Women’s Affairs ministry, Sithembile Dube, said women who fight for political space should be knowledgeable about the field and develop thick skin for them to survive.

“One of our weaknesses as women is continuing to be cry-babies,” Dube said.

“We should shift from this position and enhance our knowledge and research so that we base our arguments on factual evidence. We should have statistics on women representation in politics and other spheres, where women want space before we go on to fight for that space.”

Dube said fighting for women rights took courageous people who have the capacity to “grab the bull by its horns”.

Guzha challenged men to be instrumental in uplifting women as they were the ones at the forefront of suppressing the rights of women.

“Women can be better leaders than men, but due to socialisation and the patriarchal nature of our society, they (women) are made to be inferior,”Guzha said.

“We need men to help us move up the political ladder as they are the ones that are down treading us.”

“There is need for women to put more strength when it comes to fighting for positions of authority,” he said.

Gweru Urban ward 8 councillor Notal Dzika said women should not expect softness when it comes to politics as the game was for those with the hearts of warriors.

“As much as men might want to support them women must also understand that the politics is hard turf area and they (women) should come prepared when they want to join the race,” said Dzika.

Addressing a similar gathering in Masvingo, WCoZ Masvingo chapter chairperson Joyce Mhungu said participation of women was far and in-between and that they were working on finding ways to encourage women to take up decision-making positions, starting from community levels.

“We were also looking at the challenges that are hindering women from participating and what can also be done to uplift them,” she said.

“As WCoZ, we launched the ‘Strengthening Women’s Advocacy for Inclusive Governance’ SWAG campaign last year, which is based on Section 56 of the Constitution about equality and non-discrimination; meaning on decision making processes, men and women are equal,” added Mhungu.

She hoped that by 2023 women’s participation would increase, including young women and those with disabilities.

“We hope that through the campaign, come 2023, most women will be educated and will be willing to participate in governance and electoral processes,” she added.

According to sections 17 and 56 of the Constitution, there should be equal representation of women in every sector, politics included.

In previous polls, female political aspirants complained of intimidation, violence, harassment, victimisation, name-calling, body-shaming and cyber-bullying as hindering them from participating in politics. Vote-buying, which creates an imbalance for women who are traditionally under-resourced, was also another hindrance.