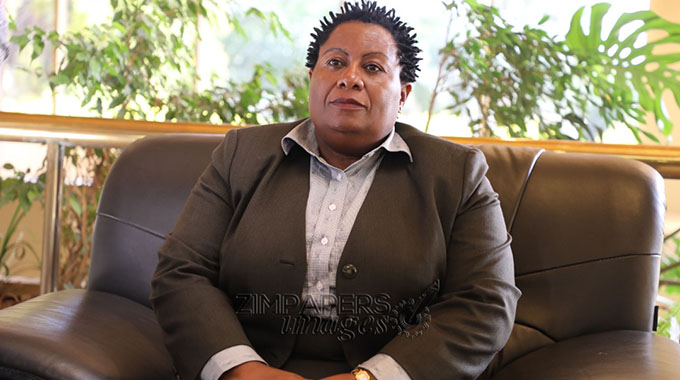 Some senior Government officials have been trying to influence and interfere with investigations being undertaken by the Zimbabwe Anti-Corruption Commission (ZACC), including attempting to politicise the commission’s work, says chairperson Justice Loice Matanda-Moyo.

Delivering a lecture at the Zimbabwe National Defence University yesterday, Justice Matanda-Moyo said despite the interference, her commission remains undeterred in executing its mandate of rooting out corruption in the country.

Presently, zacc is handling 77 high profile corruption cases with a potential prejudice of US$500 million, and 71 are already before the courts.

The commission is not just investigating corruption, but is seizing vehicles and assets bought with the proceeds of corruption and will seek these to be forfeited. Assets hidden overseas would be repatriated.

Justice Matanda-Moyo cited investigations involving four officials from the Ministry of Defence and War Veterans Affairs for allegedly defrauding the ministry of $5 million, as one case where senior Government officials tried to influence investigations.

“There is politicisation of the war on corruption. The war against corruption is apolitical but every time you want to go after a certain person, then you are accused of representing a particular political organisation as if they are immune to prosecution,” she said.

However, Justice Matanda-Moyo said zacc would remain apolitical in its investigations and would apply principles of effective public administration and integrity in its operations.

zacc has created an Asset Forfeiture Unit within the commission.

Justice Matanda-Moyo said the commission arrested 11 Zimra officials and impounded 182 vehicles that had been corruptly brought into the country.

Property worth US$100 million, including top-of-the-range vehicles, have been recovered.

zacc is determined to get back all assets that Zimbabwe was prejudiced of by corrupt people, said Justice Matanda-Moyo.

Checks on Command Agriculture and the National Pharmaceutical Company of Zimbabwe were ongoing.

“What we are finding is sad indeed. There is so much corruption going-on in the Presidential Scholarship, Command Agriculture. NatPharm. We have already prosecuted four and they have been found guilty and sentenced and we are in the process of recovering US$600 000 that had been siphoned from NatPharm,” said Justice Matanda-Moyo.

ZACC has also signed 11 memorandums of understanding (MOU) with various institutions that include the Attorney General’s Office, the National Prosecution Authority, the Financial Intelligence Unit, the University of Zimbabwe, Zimra, ZRP and the Procurement Regulatory Authority of Zimbabwe and the Public Service Commission. Some MoUs have been signed with sister organisations in Zambia, Botswana and zacc was also engaging their Mozambican counterparts.