Storm at ZSE: Daggers drawn out over Econet transaction 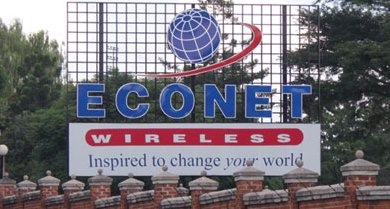 HARARE – A storm is brewing over claims by some stockbrokers of alleged interference in the independence of the Zimbabwe Stock Exchange (ZSE) by one of the country’s leading asset managers.

Highly-placed sources told the Daily News yesterday that some stockbrokers were contemplating lodging a formal complaint to the Securities Exchange Commission (Sec) against the bourse’s handling of a transaction by Econet Wireless Zimbabwe (EWZ).

The allegations come at a time EWZ — one of the biggest counters on the ZSE — has just obtained shareholder approval at an extraordinary general meeting (EGM) held in Harare recently to separately list its Cassava SmarTech business from the telco business.

But in a notice of the results of the meeting, the company announced that it had to adjourn the EGM to this week Friday in order to, among other things, allow the company’s directors time to consider and resubmit an item on the ballot that sought shareholder approval to time to seek the approval of the ZSE to defer the implementation of demerger resolutions to a date after the December 14 to accommodate the debenture conversion meeting.

While it is not clear whether the spat between Imara and the aggrieved brokers has any direct or indirect bearing on the Econet transaction, it has certainly caused tempers to flare between stockbrokers.

Those peeved by the seemingly resonance of thoughts between the ZSE and Imara want the Sec to investigate what they alleged to be “direct close working relationship”.

The stockbrokers were irked by an incident where the asset management arm of Imara allegedly influenced the ZSE to generate information prejudicial to other brokers’ clients.

“Where is the independence and the confidentiality? It needs to be taken to the highest level as once again the ZSE has been found to be prone to being influenced by other people and not by the board,” the furious broker said, in confidential correspondence shown to this newspaper regarding the matter.

The stock exchange is expected to be impartial when it comes to the manner it handles its clients’ transactions and deals, without any perceived bias or interference from interested parties.

“This is very untrue. We are a very ethical company. Our asset management arm recently complained about the way Econet was handling debentures. I suspect it has something to do with it,” was all Kambasha could say.

The ZSE could not be reached for comment at the time of going to print.