Storm over plan to bar Chamisa from polls 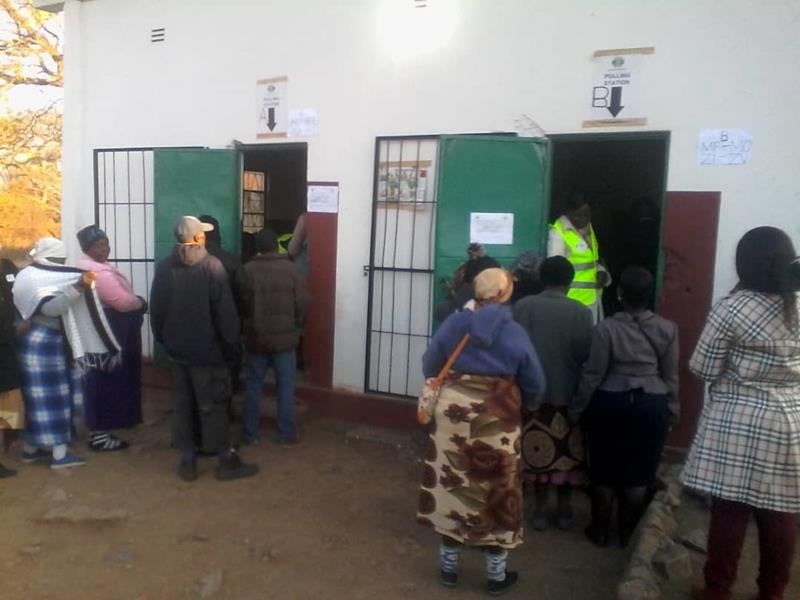 HARARE – Zimbabwe risks confirming its pariah status in spite of claims by the new dispensation that it has broken away from former president Robert Mugabe’s autocratic rule if it tweaks with the Constitution in order to shut out MDC Alliance leader Nelson Chamisa from participating in future elections.

According to analysts, pushing the presidential age limit from 40 to 55 would be retrogressive in light of the population demographics in Zimbabwe, which indicate that youths constitute the majority of the population.

This follows sentiments by Zanu PF legislator Joseph Chinotimba that it was his intention to move a motion in the National Assembly to increase the presidential age limit to 55 or 60 years.

The move is seen targeted at Chamisa who turned 40 in February this year.

If Zanu PF presses on with the amendments, Chamisa will not be eligible to stand.

Zimbabwe Election Support Network (Zesn) chairperson Andrew Makoni said it was imperative for Zanu PF to consider trends in other jurisdictions in Africa and abroad that are generally moving towards further reduction of the minimum age limit for presidential candidates.

For instance, Nigeria has reduced the age limit from 40 to 30 years, while in Malawi the minimum age limit is 35.

The South African Constitution does not even impose a minimum age limit.

“Proposals such as this will not give Zimbabwe a good image as the country ‘opens up for business,” said the Zesn chairperson.

Crisis Coalition of Zimbabwe spokesperson Tabani Moyo said raising the age limits has serious ramifications, including the perception that the polity of Zimbabwe has no room for young people, no matter how sharp and capable they might be.

Moyo said Zimbabwe risked a situation whereby age could become a strong factor in national polity, along with race and ethnicity.

“Above all, it reduces our national polity to laggards — the notion of the old and tired leading national processes instead of enabling the young and versatile to take a lead in utilising innovations for the progression of Zimbabwe,” said Moyo.

He said such moves should be resisted as they were a waste of national space and scopes when there are burning issues that require attention.

“Zanu PF drags us to trivia! In other jurisdictions, they are lowering the entry bar. Nations in the Scandinavian countries enjoy a healthy mix of young people driving the national agenda with the youngest Members of Parliament being 16-year-olds. Yet in Zimbabwe we pretend to open the door yet it’s only convenient and somewhat cheap talk,” he said.

Senior consultant at the International Crisis Group, Piers Pigou said technically and theoretically, Zanu PF could make that and many other changes using its two thirds majority.

“That’s unlikely to play well in the court of public opinion within a significant section Zimbabwe this will be alien move to the majority of Zimbabweans and the international community will see it as an effort to contain opposition leader,” opined Pigou.

Election Resource director Tawanda Chimhini said of all the yawning gaps reflected as weaknesses in the legal framework of our elections, it was disturbing that a party enjoying majority in Parliament can indicate a prioritisation of such trivialities ignoring major provisions such a enhancing the independence of the Zimbabwe Electoral Commission and the right to vote.

“If this is what we can expect as the legislative agenda for the next five years then we have a tragedy on our hands. It is almost safe to say that the 2023 elections are already doomed if the noted intentions materialise,” said Chimhini.

Political analyst Gladys Hlatshwayo said this was an unfortunate development, which points to abuse of its superiority in Parliament to oppress the “minority”.
He said such was a serious indictment on the so called “new dispensation”.

“Petty politics of vindictiveness have no place in a democratic country. Clearly such amendments are targeted at Chamisa. If they won fairly and squarely, why attempt to bar the opposition candidate from contesting future elections on such flimsy technicalities?” wondered Hlatshwayo.

“Using a parliamentary majority to effect democratic reversals will be a self-inflicted blow for a government that is trying hard to trick the international community into believing that they are a changed lot. Indeed a leopard never changes its spots.”

Political analyst Vivid Gwede said Zimbabweans are seeing the continuation of the marginalisation of the young generation from politics.

Gwede said this was also a way of trying to specifically exclude Chamisa from the political contest because his support intimidates Zanu PF people.

“There is clearly no justification for such a stone age mentality of confining leadership to the old dead wood. It must be resisted and it will be a sign of growing post-Mugabe dictatorship in Zimbabwe,” said Gwede.

Media and political analyst Rashweat Mukundu said Zanu PF should concentrate on issues that help the people of Zimbabwe to have better lives and stop side shows that are based on their fear of Chamisa.

“If Zanu PF is serious let them take this to a referendum and equally justify why it’s important for citizens to engage with this matter? It’s a sideshow that exposes the shallowness of the kind of politics being promoted by Zanu PF,” opined Mukundu.

“This is the era of promoting young people into positions of authority,” said Ngwenya.

“I think Sadc, AU and UN must be hanging their heads in shame. Shifting the political goals posts is not going to redeem this discredited regime.

“What legacy are they restoring – the legacy of geriatrics? I am ashamed to be a Zimbabwean! The war of liberation was fought by young people, not 50 year-olds.”

Political analyst MacDonald Lewanika doubts that Zanu PF can act on that pettiness in parliament just because they can.

He said do so would be clearly vindictive and just add to electorates resentment of the party.

Lewanika advised Zanu PF to investing its energies on issues that people care about to strengthen people’s confidence in their political maturity and ability to focus on bread and butter issues.

“Mnangagwa has consistently said the focus should be on the economy and not petty party politics — how his party uses its parliamentary majority will be a test of commitment both to mature politics and reviving our dithering economy,” said Lewanika.

“That is a ridiculous proposition by a political jester, Chinotimba who thinks Zimbabwe revolves around him. He is so out of touch.

“Africa and Zimbabwe have a surging young population, and it’s unrealistic to think the age of President can be 55 yet the bulk of the population is around 20 years old. That geriantriatic proposition will not work and must be opposed by all means. It’s so out of touch.”