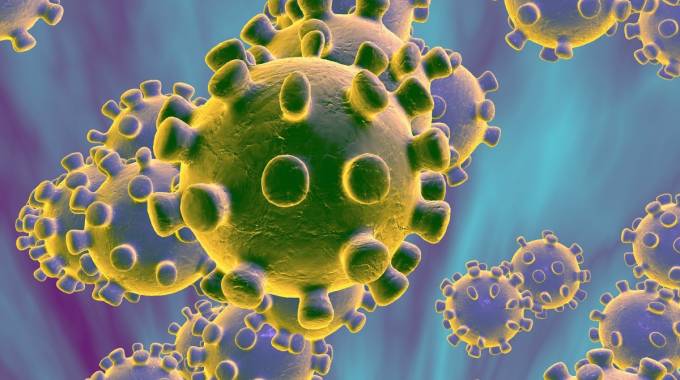 PRESIDENT Mnangagwa has implored Zimbabweans to take maximum precautions to prevent the spread of coronavirus by limiting travel and outdoor activities as the country braces for the introduction of stringent and disruptive public health safety measures to fight Covid-19.

Two cases of Covid-19 had been recorded in Zimbabwe as of yesterday afternoon, according to Health and Child Care Minister Dr Obadiah Moyo.

The first case, announced on Friday night, was of a Victoria Falls resident who recently returned from Manchester, the United Kingdom, while a 30-year-old man who visited the United States in February also tested positive yesterday.

In an interview with The Sunday Mail soon after arriving in Harare from Windhoek where he attended the inauguration of Namibian President Hage Geingob yesterday, President Mnangagwa said confirmation of the two cases obliges the country to adopt stern measures to fight the pandemic.

“We appeal to all Zimbabweans to restrict their movements. We can only move for essential and critical reasons. Otherwise we recommend that our communities, both urban and rural, remain where they are and not travel. The spread of this pandemic is so quick and fast, so we are appealing to our people to avoid travelling. Let us keep at home and only move either to buy food or medicines.

“I will discuss with my Minister of Health to hear the circumstances surrounding these two cases in order to take corrective measures to contain the spread of Covid-19.”

Some of the stringent measures set to be introduced to combat Covid-19 include mandatory screening at all public buildings and temporary closure of overcrowded informal markets.

Also, police are intensifying a clampdown on gatherings of more than 100 people at public spaces, churches, funerals and recreational places.

Government is not discounting the possibility of citywide lockdowns should there be a large-scale localised outbreak.

President Mnangagwa announced the introduction of mandatory screening at all Government-owned premises while launching Government’s US$26 million Covid-19 National Preparedness and Response Plan on Thursday.

“Our preparedness measures have been stepped up through heightened surveillance systems at national, provincial and district levels. We have special focus on all ports of entry throughout the country with mandatory screening of visitors having already started and all our Government buildings and infrastructure should be screened with immediate effect,” said President Mnangagwa.

Announcing the second confirmed case at a press conference in Harare yesterday afternoon, Dr Moyo said the man was admitted into isolation at Wilkins Hospital on Friday after exhibiting mild symptoms of Covid-19.

“Today the 21st of March 2020, the national microbiology reference at Sally Mugabe Central Hospital reported yet another case of Covid-19, which brings to two the number of Covid-19 cases in Zimbabwe,” he said.

“This second patient is a 30-year-old male resident of Harare who had travelled to New York, United States of America, on the 29th of February 2020 and returned home in Harare on 9 March via Johannesburg.”

The man, said Minister Moyo, was advised by his doctor to self-isolate at home before the doctor alerted the local Covid-19 Rapid Response Team which went to assess him.

“Our teams are now engaged in contact tracing and as with the first case, are being assisted by the patient himself. Once again, we call upon everyone to remain calm as we manage these confirmed cases of Covid-19 in Zimbabwe.”

As part of the nationwide response, The Sunday Mail has gathered that some private companies have begun asking their employees to either work from home where possible or report for duty in small groups.

While the no case scenario has already been overtaken by events — the main aim of this stage was to stop transmission and prevent spread. During this phase, authorities would among other things prepare to treat patients, ready hospitals for a potential surge and promote self-isolation of people with mild respiratory symptoms.

Zimbabwe is now at the sporadic cases scenario — this is when the country has recorded one or more cases either imported or transmitted locally.

Here authorities will test all suspected cases and all contacts of confirmed cases, and at this stage treatment of cases will commence while self-isolation of suspected cases is heightened.

The third stage, cluster cases scenario, is when the country has cases of local transmission. Here emergency response mechanisms will be scaled up, while active case finding is intensified and contact tracing and monitoring, quarantining of contacts and isolation of cases begins.

The community transmission scenario is when the country would have large outbreaks and is unable to relate confirmed cases through chains of transmission for many cases.

At this stage contact tracing is scaled up especially in newly infected areas. Quarantine of contacts and isolation of cases is enhanced while symptomatic individuals are urged to apply self-initiated isolation.

Government has already banned gatherings of over 100 people for the next 60 days, while schools and tertiary institutions will close on Tuesday.

“We have teams that are patrolling and monitoring the situation to ensure that there are no gatherings of more than 100 people,” said Asst Comm Nyathi.

“We are also working with the Ministry of Health and Child Care as well local authorities in monitoring the situation at funerals, drinking spots and any other public places.

“We would like to urge members of the public to inform the police of any gathering of more than 100 people. Members of the public should understand that the measures have been put in place for their own safety thus there is a need for them to comply.”

“This requires putting in place a raft of measures which look at provision of basic municipal services such as water and repairing all damaged sewer infrastructure,” said Minister Chombo.

“All local authorities have been instructed to make frantic efforts to improve water supply even if it means drilling more boreholes. At areas such as Mupedzanhamo where there is overcrowding, ways and means need to be devised to manage the numbers. The law enforcement agencies must work together with public vehicle operators to maintain distances.”

Health and Child Care secretary Dr Agnes Mahomva said only the President can order citywide lockdowns at the professional recommendation of the Health Ministry.

She said the response plan will continue to be updated as the situation evolves, drawing from the experiences of other countries fighting the pandemic.

“That document is a living document. That is version three from our side. We decided it needed to be launched so that people see it and we continue updating,” said Dr Mahomva.

“So based on the lessons from China and Europe, we continue updating on what then needs to happen, it is not a one size fits all. There is always room for that (a lockdown); we continue looking.

“We are giving the President daily detailed updates. We prepare written Cabinet memos where those kinds of decisions are made. So it is not for us to decide on those (decisions). We give the guidance and then that national decision is made and then we implement.”

“We have challenges with water treatment chemicals but we are in talks with authorities on how we can deal with that,” he said.

“We are also working on a number of issues such as water infrastructure so that water production increases soon. We are engaging our various partners who have assisted during such emergencies as cholera outbreaks to assist with water tanks to the various hotspots.”