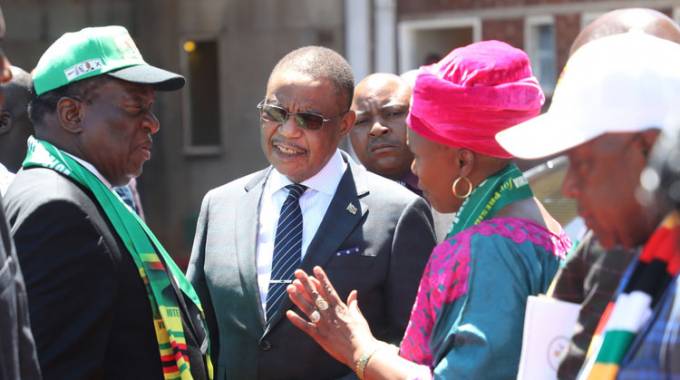 New subsidies for at least seven basic commodities will be introduced soon to relieve the nation from relentless price increases, while a new policy is set to be unveiled to provide affordable housing to people, President Emmerson Mnangagwa has said.

The President also revealed that more doctors are set to return to work after some of them confessed that they had been misled by their colleagues who had ulterior motives behind the ongoing strike.

The new intervention on basic commodities follows last week’s reintroduction of grain subsidies, which will halve the price of  roller meal to $50.

“One of your grievances raised here was that of price increases. You already know what we have done by reversing the price of mealie-meal. We reversed it on Wednesday and we are going to gazette a Statutory Instrument by Monday (tomorrow) to reduce mealie-meal to $50,” said President Mnangagwa.

“We are now going to fix the price of mealie-meal so that it is affordable to the ordinary people and we pay the difference through the subsidy.

“In addition to that, we have also chosen about seven basic commodities which we are going to subsidise. These are basics used by a traditional family, and we want these basic foods to be cheaper. For example, if a product was selling for $20, you will buy at $12, then Government will pay the remaining $8 so that people can buy at a low price,” he said.

He also reiterated that there was a hidden hand behind the ongoing strike by some doctors, who have not been reporting for duty since September 3 citing incapacitation.

But more doctors, in addition to the 46 that have already taken up Government’s offer, have expressed their interest to return to work, he added.

“We made a decision to take disciplinary action and most of them were fired, but we gave them an olive branch to return to work. There were 46 who returned at first, but just two days ago, more of them said they would return. Some of those who returned confessed that they were being used for certain agendas bent on destabilising the country. They said some of their leaders were now playing politics.

“Some of them say they are incapacitated yet Government has offered them accommodation at the hospitals.

“We have now uncovered that a few of them are receiving money from some forces, they are receiving US dollars to snub work and sabotage the country. We are going to reveal it all at some point.”

The Head of State and Government said Government was committed to revamping the country’s health delivery system.

He also made a pledge to redistribute land that has been identified through the ongoing land audit to landless Zimbabweans, including ZILIWACO members that did not benefit from the land reform exercise.

“The land audit has covered a lot of ground in about six provinces so far, and a lot needs to be corrected. There are some farms that were gazetted for redistribution but have not been redistributed. There are top officials who own multiple farms but we are going to make sure that everyone, regardless of who they are, remains with one farm.”

It is believed that “there are two provinces where multiple farm ownership by top officials is rampant”.

Some of the farms are reportedly disproportionately large as they range between 2 000 and 3 000 hectares.

“We are going to cut those sizes and parcel the land to those that do not have farms,” the President said.

The economic reform agenda to achieve an upper middle-income economy by 2030 will continue, he said.

“The TSP and the comprehensive reforms we have undertaken are already yielding results across all sectors. We have now adopted our own currency.”

“He is a hard worker and he remained consistent. We can trust that his economic reform will bear fruits because he has the pedigree for hard work and dedication.”