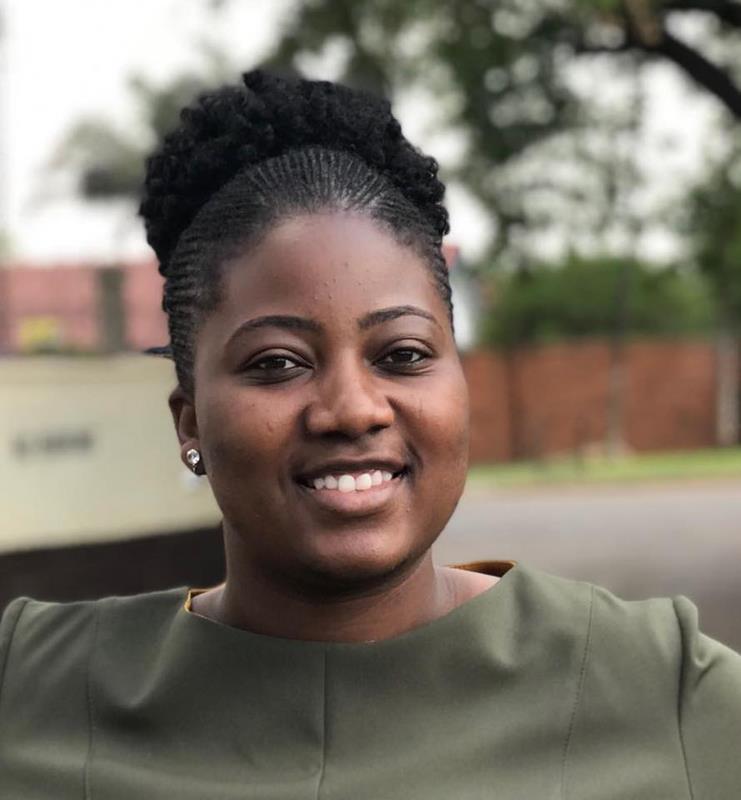 Legislator Joanna Mamombe was making a presentation at a parliamentary workshop in Nyanga when a team of about eight officers came to arrest her.

The Harare West MDC Member of Parliament had been in Nyanga for parliamentary business since February 24.

The night before, another security services team had visited Mamombe’s parents’ home in the working-class suburb of Glen Norah in Harare at midnight in search of her, harassing everyone and “intruding into personal privacy of innocent people.”

The 25-year-old opposition lawmaker was driven to Harare and appeared in court last Monday charged with attempting to subvert a constitutionally-elected government.

The State claims she called the southern African country’s government “authoritarian” at a press conference on January 14 in remarks that were posted to Facebook.

The court heard between January 14 and 16 and in response to Mamombe’s presser, members of the opposition, various trade unionists, pressure groups, youth forums and members of the public engaged in violent protests across the country.

As a result, property was destroyed, lives were lost, several police officers and members of the public were also injured.

Mamombe, who is out on bail, is just one of several opposition politicians and human rights defenders arrested in Zimbabwe over the past two weeks.

Most of them face charges related to subversion, which is punishable by 20 years in jail.

Opposition leaders allege that the powers-that-be are abusing the justice delivery system to weaken their opponents.

They further allege that the arrests are meant to influence a particular outcome at the MDC’s May congress.

A day before Mamombe’s arrest, MDC legislator Godfrey Sithole — who had been in hiding — surrendered himself to the police.

Sithole appeared before Chitungwiza magistrate, Winfilder Tiatara, who remanded the legislator for Chitungwiza North in custody.

Another MDC legislator Charlton Hwende was this past week arrested before being released on Friday on $3 000 bail, after appearing in court again on subversion charges relating to the same allegations that the opposition leaders incited Zimbabweans to overthrow President Emmerson Mnangagwa.

He was represented by Harrison Nkomo who told the court that police officers who arrested Hwende flagrantly violated his rights.

The court issued an order to investigate the complaints against the arresting details.

“My client was arrested while on board flight SW411, Air Namibia, as soon as it touched the ground. His passport was taken away from him by the police officers and technically he has not entered Zimbabwe because he was not given a chance to regularise with Immigration,” Nkomo said.

“I wish to have this on record in case the State might want to charge him with violating the Immigration Act later. He was detained from 10:45am to 17:30pm without being advised of the reason for his arrest in violation of constitutional provisions.

“The State papers do not disclose any offence and these are issues we shall address the court on the next remand date.”

The matter was remanded to March 20.

“The manner the operation was done sends shivers down the spines of the ordinary civilians. It is a sad incident reflecting retrogression in our constitutional democracy against reform pretence by Mnangagwa,” Mutseyami said.

“The MDC caucus strongly condemns the abduction and arrest of Hon Mamombe and Hon Sithole and Hwende. When Members of Parliament are harassed and their rights violated in that manner, it means the ordinary citizens are worse off. In general, acts of torture, arbitrary arrests on trumped up charges, mass trials and conviction are of concern to the MDC caucus.”

Activists say the government is using subversion — which was initially used to quash rebellion by nationalists in the post-independence era — as a bank of ammunition it can use to cripple opposition.

Bekithemba Mpofu, the MDC deputy spokesperson, said “during the many years of their political apprenticeship, the leaders of the military government were party to a process which accused political rivals of treason.”

“Persecution of MDC leaders and members must stop, mass and fast-tracked trials, denial of due process and violations of people’s rights must stop forthwith,” Mpofu said.

The MDC leader said at least 17 people have been killed in January of 2019 on account of the State’s heavy-handedness.

“Beyond these killings, there has been a systematic targeting of MDC members including senior leaders, MPs and councillors. Leaders of the ZCTU and civic society were also targeted. There has been invasion of homes, abductions, and arbitrary arrests, mass and fast-tracked trials,” he said.

A human rights lawyer, who didn’t want to be named for fear of reprisals, explained that authorities were using “subversion” charges as a way to quell any opposition to the regime, including from pro-democracy activists.

Mahiya is director of Heal Zimbabwe Trust and also chairperson of the Crisis in Zimbabwe Coalition, peace-building and civil rights non-profit organisations operating in the country.

Just like others, he is also charged with attempting to subvert a constitutionally-elected government.

He has retained lawyer Tonderai Bhatasara as his lead counsel.

Cuurentl,y he is out of custody after being granted bail.

Leaders of Zimbabwe Congress of Trade Unions, president Peter Mutasa and secretary-general Japhet Moyo are out on bail after being arrested for calling for the January national stay-away against the 150 percent hike in fuel prices.

Mutasa and Moyo have both been granted $2 000 bail and are reporting three times a week to the Criminal Investigations Department Law and Order.

They are also facing charges of attempting to subvert a constitutionally-elected government.

The subversion charges were also used during the colonial regime to suppress black dissent because of the chilling punishment upon conviction.

Prominent human rights lawyer Dzimbabwe Chimbga told the Daily News on Sunday the charge of subversion of a Constitutional government stipulates that anyone who uses physical force or violence or the threat, boycott, civil disobedience or resistance to any law, actively or passively, “shall be guilty of subverting constitutional government and liable to imprisonment for a period not exceeding 20 years without the option of a fine.”

Many had hoped Mnangagwa would change policies and tactics that were used by his predecessor to thwart dissenting voices.

“I guess as they say, new wine, old bottles, the recipe remains the same, even when the cook has changed,” Chimbga said.

Political analyst Maxwell Saungweme said the law and State apparatus are still being used the same way they were used under Mugabe to thwart voices of dissent.

“Under Mugabe it was as predictable as day and night that all political arrests were harassment meant to break dissenting voices, but convictions were never secured and cases would fall apart in a simple court scrutiny. But now convictions (on political cases) are now being secured and it’s more worrying to see judiciary more and more passing political decisions dressed as judgments. Human rights defenders have more cause of concern now than before.  Maybe it’s the entrenchment of the military factor in all spheres and facets of our lives leading to these convictions.”

MDC member and lawyer David Coltart, writing on his Twitter account, said in his over three years of practice no convictions have been secured by the State.

He said the only act deserving of a conviction was Mnangagwa’s November 2017 coup against Mugabe.

“Ironically the only clear-cut case of treason since independence is what Mnangagwa, (vice president Constantino) Chiwenga & (Foreign Affairs minister Sibusiso Busi) S.B. Moyo did in 11/17,” he wrote on Twitter.

Another political analyst Pedzisai Ruhanya, commenting on the same issue on his Twitter account, said the rate at which treason charges are being preferred against the opposition is more than that of the Mugabe regime.

“Zimbabwe’s new treason dispensation. Treason charges are being dished against opposition politicians like at no other time. Mugabe dished them too but not at this Coup class rate!” he wrote sarcastically.

British Labour MP Kate Hoey has since called on the United Kingdom minister for Africa, Harriett Baldwin to summon Zimbabwean ambassador to the UK Christian Katsande to explain the developments in the country, pertaining to the charges being levelled against the opposition.

“Hope @hbaldwin is calling in Zimbabwean Ambassador. This is happening too often @UKinZimbabwe,” she wrote on Twitter.