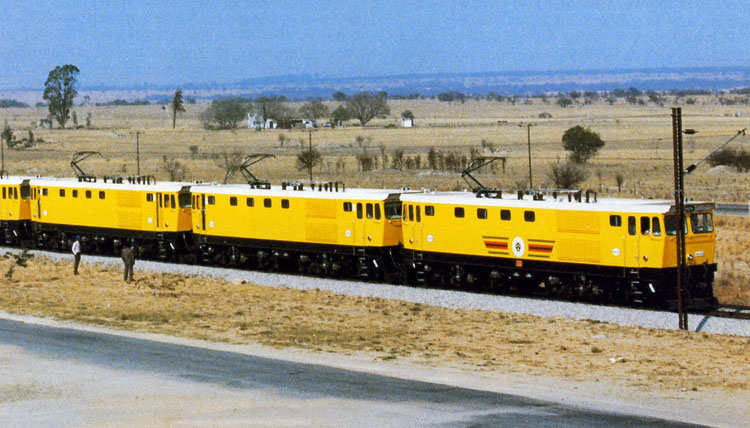 Suitors are circling over the National Railways of Zimbabwe (NRZ) as they wait for the outcome of negotiations between the parastatal and Transnet-Diaspora Infrastructure Development Group (DIDG), whose six-month window lapsed last month.

A consortium made up of Transnet — a South African state-owned rail, port and pipeline company — and DIDG, a company founded and duly incorporated in Zimbabwe and South Africa, won the tender for the US$400 million NRZ recapitalisation project.

However, the period in which the investor was supposed to cement its proposed investment in NRZ, passed a fortnight ago.

Earlier in May, Government removed the exclusivity clause for the US$400 million deal after the investor failed to provide proof of funding for the project within the initial 12 months of the framework agreement.

In a recent interview with The Sunday Mail on the sidelines of the World Economic Forum (WEF) on Africa in South Africa, Transport and Infrastructural Development Minister, Joe Biggie Matiza said Government is now waiting for feedback from the NRZ board on the negotiations.

He, however, emphasised that other players were now waiting in the wings.

“The NRZ is open to a number of people and negotiations are ongoing in the sense that, there was a six-month window that was given to Transnet-DIDG and it expired on the 14th of August and by then, nothing had been signed,” said Minister Matiza.

“So, the negotiations with Transnet-DIDG with NRZ are ongoing. But in the meantime, there are other suitors who have come in. Remember, we had removed the exclusivity clause, so other investors are coming in. I cannot mention any names off the cuff now, but the board is going to report to me on Monday as to the progress (or not) being made by DIDG. So, I cannot say there is big progress going on before I have been briefed by the board.

“Government needs to see the funding in place, which was promised before the six-month period had expired.”

DIDG-Transnet won the tender to recapitalise and rehabilitate NRZ in 2017 and the investors were required to provide Government with proof of funding for the project.

Earlier this month, the consortium said, it had since met the deadline with Africa Export-Import Bank appointed lead arranger for the transaction.

In a letter to NRZ chairperson Advocate Martin Dinha, DIDG executive chairperson Mr Donovan Chimhandamba said funding for the project had been secured.

“Following the extension of the framework agreement by the Government of Zimbabwe by a further six months from February 15, 2019, we are pleased to confirm that as the Diaspora Infrastructure Development Group, we have raised the required US$400 million funding for the NRZ recapitalisation project, including an additional US$20 million to address start-up and working capital requirements of the joint venture concession company,” read part of the letter.

The consortium also said it had received shareholder approvals.

The deal is, however, subject to signing the joint venture agreements, which will pave way for opening of company accounts and the appointment of a transitional executive, including non-executive chairperson, interim chief executive officer, as well as finance, technical and human resources executives.

The release of the funds will also be subject to approvals from regulatory authorities.

NRZ requires US$1,9 billion in the long term, to fully rehabilitate and recapitalise operations.

Currently, the parastatal is leasing 13 locomotives, 200 wagons and 34 passenger coaches from Transnet.

The country strategically links the region’s North-South corridors and cover a total of 3 077 kilometres, of which about 360km is currently managed under the Beitbridge-Bulawayo Railway concession, which is owned 85 percent by the JSE listed company Grindrod, while the remainder is owned by NRZ.