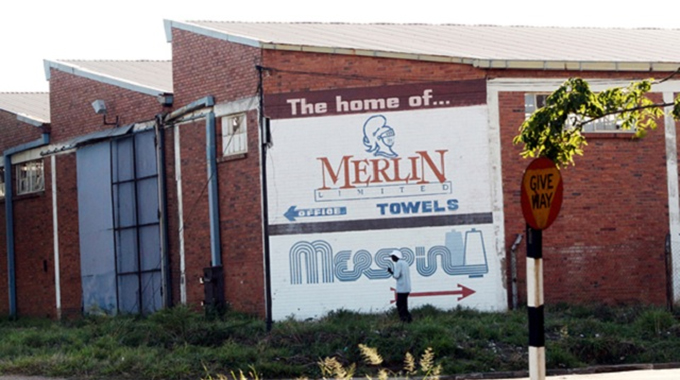 Oliver Kazunga Bulawayo Bureau
MERLIN Limited judicial manager, Mr Cecil Madondo, has appealed to the Supreme Court challenging the recent High Court judgment in which his firm was declared as fictitious and non-existent.

In the provisional order granted on November 8, 2018 under case number 2724-18, Justice Martin Makonese, ruled that the judgment of the court in HC 2353-11, which placed Merlin (Private) Limited under judicial management did not in any way affect the status of Merspin Limited.

In the judgment, he further highlighted that Merlin (Private) Limited be and was hereby declared a fictitious and non-existent company and ordered the entity to pay costs of suit on an attorney-client scale. Prominent Bulawayo businessman, Mr Delma Lupepe, owns the two city firms through Maydeep Investments.

Mr Madondo, through his lawyer Mabuye Zvaravashe-Evans, has filed an appeal against the High Court ruling. Reads part of the court papers filed at the Supreme Court in Harare under case number SC 866-18:

Among others, the legal representative argued that while the court correctly observed that the respondent and Merlin were separate legal personas, it further grossly misdirected itself by making a determination that the respondent and Merlin Limited’s operations were not intertwined and interrelated to the extent that they can be separated as though they operate from different premises, do not have shared creditors and employees who are paid from the same pocket.

“Respondent in a nutshell is the holding company and Merlin is a subsidiary of the former,” he argued.

It was further highlighted in the Supreme Court papers that the High Court grossly misdirected itself in determining that the respondent, which was registered in 1988, which came out of Merlin Limited, a company established in 1954 had assets namely, the plant, machinery and in fact all such assets belong to Merlin.

“Respondent as a shareholder only has an economic interest in Merlin Limited and has immovable properties only which property was sold clandestinely by respondent’s deponent to the founding affidavit.

“The court a quo further erred and misdirected itself in concluding that the appellant had agreed that the respondent owned some assets when it was clearly dispute by the appellant in the papers and in oral argument,” he argued.

Mr Madondo further contends that the High Court grossly misdirected itself by dismissing the point that the matter was not urgent being that the need for the respondent to act arose on the day the order placing Merlin under provisional judicial management was granted in 2011 and on its confirmation in October 2016.

Early this year, Mr Madondo told this paper that Merlin had re-opened following the implementation of a business rescue strategy involving immediate injection of $2,1 million minimum working capital by one of the firm’s creditors.

In January, the company also flighted an advert seeking to dispose of some of its non-functioning equipment through an auction sale.