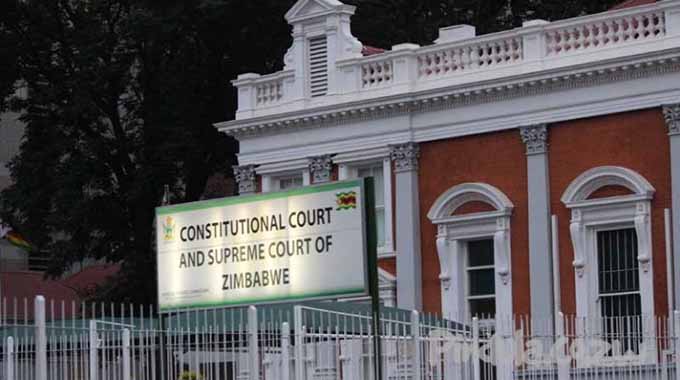 SUPREME Court judge Justice Anne Gowora yesterday shocked panelists interviewing her for possible appointment to the Constitutional Court (ConCourt) bench after she admitted that she failed to update her curriculum vitae because she is not computer literate and could hardly find seminars and workshops to upgrade herself professionally.

Gowora said she was not able to attend any judicial seminars because these have to be authorised by the Judicial Service Commission and are expensive to foot the bill individually.

“I was not able to attend any judicial seminars because these have to be authorised by the Judicial Service Commission and they are expensive to foot individually in order to upgrade my curriculum vitae. I am also not computer literate enough to find online seminars and usually do not have time to search for these to upgrade professionally,” she said.

The judge told the panelists that her workload was overwhelming such that she reserves judgments so as to deal with them when she is free.

On judicial capture, Justice Gowora said courts should not fear any pressure and if captured, they would no longer be able to perform their roles constitutionally to pass judgments. She said judges must remain firm and avoid favouring any side.

Justice Chinembiri Bhunu was asked about the challenges he was likely to face when appointed to the ConCourt bench and he told the panelists that presidential and electoral disputes would be the main challenges, but he would deal with them by consulting other judges.

Justice Bhunu had tough time in explaining why some of his judgments have not been concluded 15 years on. He tried to deny that he had a pending judgment of 15 years before he was shown the record of the case.

Another interviewee Justice Garwe was asked why he has not delivered judgment in the case of Stanley Nhari versus the late former President Robert Mugabe, but he said he will deliver the ruling shortly.

Garwe was asked about the challenges the Constitutional Court is facing and how these can be resolved.

“The challenge is the inability to get all the required information on constitutional issues that come before the court. In some cases, the court borrows from foreign jurisprudence to make determinations. This can be addressed by enabling research assistants for the court to get information that would be missing to make proper determinations,” he said.

The last interviewee, Justice Zhou said doctrines of avoidance and subsidiarity are important in constitutional adjudication to allow courts to determine issues using other provisions than relying on the Constitution.