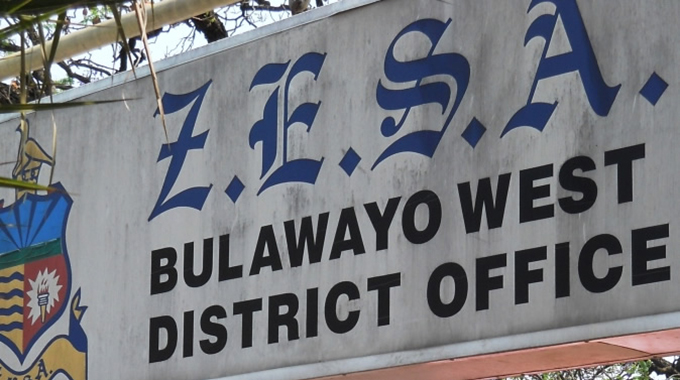 THE incessant power outages being experienced in parts of Bulawayo and the wider southern region are a result of rampant vandalism and theft of electricity infrastructure, the State power utility, ZESA, has said.

The challenge is worsened by a weak logistics arm that leaves zesa workers incapacitated to respond to faults on time.

Business and domestic consumers have recently accused zesa of poor service citing growing frequency of outages and delays in attending to faults at a time electricity tariffs keep rising, raising suspicion that the power utility is now implementing load shedding.

Erratic power supplies have in the past been blamed for frustrating the productive sector. Industry captains yesterday pinned zesa down during a virtual Matabeleland Chamber economic review meeting to explain its operations and account for the power outages.

“There is no load shedding nationwide at the moment, we have enough power in terms of both what we are generating and imports,” said Mr Lloyd Jaji, the acting general manager for ZETDC in the Southern region.

“Yes, we know the onset of the rainy season comes with the burden of disruption of supplies but there is theft of copper conductors. We receive four to five such cases daily and this is the main problem.

“Most of the power outages are due to theft and vandalism of electricity infrastructure. If anyone experiences this it is not load shedding and they should report to us to attend to the situation.”

He said some industry players were now resorting to using generators, which increases the cost burden on firms. Mr Chawira sought clarity on zesa’s capacity to attend to faults and ensure smooth supplies.

He said some businesses had gone for days without power due to delays by zesa teams to attend to faults. In response, Mr Jaji insisted that theft and vandalism cases were overwhelming but admitted to constraints with transportation of its workers.

President Mnangagwa pointed out that the spate of theft and vandalism of power infrastructure could be involving zesa workers, as he called for tougher measures to bring culprits to book.

Cable thieves take advantage of power outages to steal the components that they reportedly sell to mainly scrap metal dealers, who export it or sell it to local steel makers.

Mr Jaji said zesa cannot cope with the level of theft and vandalism of infrastructure.

Recently, the power utility reported that at least four transformers are stolen every day while hundreds of kilometres of power cables are vandalised amid limited resources to repair and replace them.

Yesterday Mr Jaji said the company was lobbying the Government to increase the penalty for vandalism and theft of power infrastructure from the mandatory 10 years to 30 years, if possible, as a deterrent measure.

The country is currently importing up to 600 megawatts (MW) of electricity from regional producers to cover the supply gap, which is created by subdued energy generation capacity mainly by ageing thermal power stations.

“Kariba is running well and should the rain season be good it means more power will come from there. Our main challenge is with Hwange Thermal where four out of six units are currently working,” said Mr Jaji.

He said repair efforts were underway and hoped these would be back on line to add back 300MW before the end of the year.

Mr Jaji said the Hwange Units 7 and 8 expansion project was progressing well after the Chinese contractor returned on site following disruption by Covid-19.

He projected that if all goes well, the first unit of the project could be generating 300MW of additional power by next year.