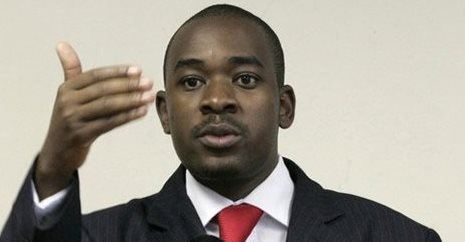 HARARE – Opposition MDC president Nelson Chamisa has headaches over the calibre of some candidates vying to contest as MPs and councillors, as their characters are dodgy after having been fingered in corruption, a senior official has said.

Over 4 000 candidates have submitted their CVs to register interest in representing the MDC either in local government or parliamentary elections in the forthcoming general polls set for no later than August this year.

Former Zengeza MP Tafadzwa Musekiwa last week said Chamisa, who took over as MDC leader following the death of its founding president Morgan Tsvangirai in February, was worried that candidates with a tainted past could win in primary elections set for next week.

Musekiwa, who recently came back into the country from the United Kingdom where he had sought asylum after fleeing political violence, said the feeling was MDC supporters must elect only “clean leaders”.

“There are people who engaged in embarrassing corruption whose stench could be smelt from as far afield as the UK, especially at Chitungwiza Municipality but had the guts to apply seeking to hold public office again, we must reject those come primary elections,” Musekiwa told an MDC Alliance  rally at Jonasi Primary School in Mashonaland East’s Seke district last week.

“Tsvangirai even fired them but now they have taken advantage of the fact that they have served their suspensions so they are back to further taint the image of the party. Some of them have a limited educational background but we don’t want MPs who when they go to council Zanu PF will celebrate. Moreover, Chamisa needs a team of capable MPs from whom he can form a Cabinet,” he added.

Tsvangirai removed all 24 of MDC councillors from the 25-member town council of Chitungwiza in 2010 following a probe into alleged corruption in the Harare satellite town.

In 2016, Tsvangirai admitted that his councillors, particularly in Harare, are corrupt and that he was considering firing them if the scourge did not stop.

The former prime minister warned Harare councillors that he would expel them the same way he had done Chitungwiza.

With general elections fast approaching Chamisa’s party has set May 12 as the deadline for compilation of its final candidates’ list.

The party’s aspiring national assembly candidates met in Harare last week ahead of provincial assembly meetings that were held this week to update the aspiring councillors.