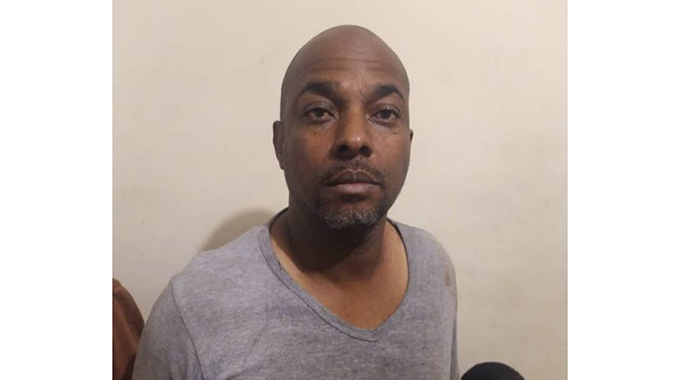 Suspected armed robbery gang leader Mussa Taj Abdul has complained that he is being held in remand in Chikurubi Maximum Prison with convicted criminals and has been denied permission to see his friends, relatives and lawyer.

Abdul this week told Harare magistrate Mrs Loice Mukunyadze that he was being kept at Chikurubi Maximum Prison together with inmates who were serving their sentences while he was still on remand.

“To make matters worse, I am being denied access to see my visitors by the officers,” he said.

Mrs Mukunyadze wants the officer-in charge at Chikurubi Maximum Prison to shed more light on the complains raised by Abdul.

Abdul (47) is facing several charges after he was finally arrested with other suspected members of his gang in what is seen as a model police operation in Beitbridge. He had been on wanted list for some time.

They are allegedly part of the gang that removed precast wall panels to gain entry into the stand and then, masked and armed with a shotgun and a pistol, forced their way in and held the family at gun point while they stole US$1 473 from the wife’s handbag and 5 cellphones, handbags, eye glasses, power banks, face masks and valuables. The total value of the stolen goods was US$7 516.

On the second robbery, it is alleged that on the following day, July 25, the same group in the company of their nine co-accused persons still at large, armed themselves with a shotgun, pistol, hammer and iron bars and went to the Trauma Centre at 1 Borrowdale Lane.

The gang that attacked that business first confronted the security guards at the gate, one of whom managed to hide and call the owner’s wife. But the other, along with other centre staff was assaulted before the gang stole two laptops and took a safe from the office to the main entrance of the administration block offices where they tried to open it but failed.

After the warning from the hiding guard, the owner and his wife went to the Trauma Centre with their security guards to rescue their workers and as they arrived the gang fled.

The complainant gave chase and rammed twice into the back of the gang’s car, which plunged into a side-road ditch at corner Liberation Legacy Way and Beach Road. The centre owner then lost control of his vehicle and hit a precast wall. The accused in the rammed car then fled on foot with their firearms while the other getaway car escaped. A report was then made at ZRP Borrowdale.

The total value of items stolen was US$3 465 and nothing was recovered.