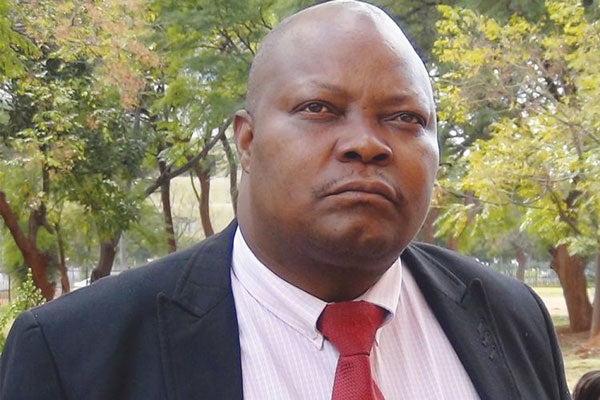 THE opposition MDC has pleaded with the international community to haul President Emmerson Mnangagwa to the International Criminal Court and charge him for committing human rights abuses.

Party deputy chairperson Job Sikhala, facing charges of attempting to subvert a constitutionally-elected government, said the abduction, brutal assaults and torture of suspected MDC activists during and ahead of the opposition’s foiled mass protests on Friday, had painted Mnangagwa’s “new dispensation” in the same light as “the old” regime led by former President Robert Mugabe.

“Now is the time to plait the international law that presses international obligations for crime against humanity against Mnangagwa. This man has been thriving on the blood of our kith and kin. It is high time to look him right into his eyes and tell him ‘stop spilling blood of our relatives anymore’,” Sikhala said.

The alleged ruthless clampdown on and arrest of alleged protesters during the MDC demonstration, dubbed “Free Zimbabwe March”, has exposed Mnangagwa’s government’s failure to break from Mugabe’s oppressive past, he said.

“Today (Friday), Mnangagwa’s person has been exposed to the whole world as the most brutal dictatorship ever seen in the world. It went on a brutal torture and assault of innocent peaceful demonstrators in central Harare. The common denominator to his hypocrisy and charade of political reform has been exposed for everyone to see, especially the lie he has been selling to the international community that he is a reformist,” Sikhala said.

The MDC said it was drawing its rights of political expression and disaffection about the state of affairs from the core of civil liberties protected by the Constitution in terms of section 59 and 67 and international conventions such as the UN Charter and the African Charter on Human and People’s Rights.

“Even those gullible ones, who thought there was a dawn of a new era in Zimbabwe, have realised that they were selling the most sonorous product of fascism as a new dispensation,” Sikhala said.

“What has also come out is that Emmerson Mnangagwa as Robert Mugabe’s closest confidante since 1980 is responsible for all the atrocities committed in our country.”

He alleged that the new dispensation leaders had a well-recorded role in the Gukurahundi, disappearance of persons and 2008 massacre of MDC members.

“The 1st of August 2018 massacre, the 14th of January to the 17th, 2019 gross human rights abuse and murders and today’s (Friday) glaring torture of people in the streets brings a huge challenge to the people of Zimbabwe and all legal practitioners of good standing,” he said.

Information ministry permanent secretary Ndavaningi Mangwana said the government would not be blackmailed into surrendering power to the MDC.

“Mr Sikhala can shout Hague 70 times seven times, but his fantasy of getting into power through the backdoor will not be realised. He can give as many
ultimatums as he wishes, but the government will not be blackmailed to surrender the will of the people to them just because they have invited suffering upon
the nation,” he said.

“Those who threaten implied insurgency upon this nation, like Mr Sikhala has recently taken to doing, should know that our appetite for reform is not a sign of
a weak State. The State remains as strong as ever and as determined as ever to ensure peace, law and order remains the norm in this country. So today, we count
him shouting ‘Hague’ once. He still has a long way to shout thus,” Mangwana said.