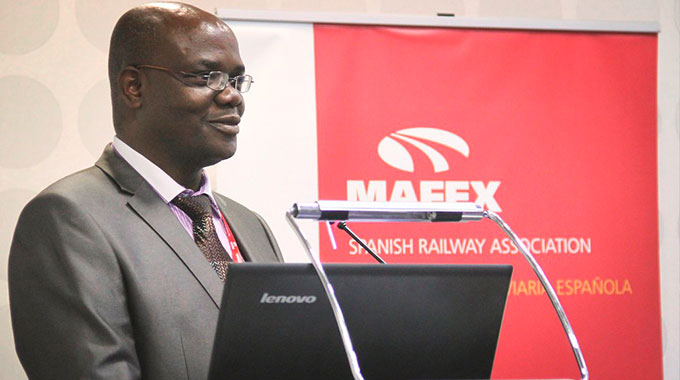 THE country has taken delivery of the first tranche of the 17 000 tonnes of maize from Tanzania that the Government has paid for as the country moves to alleviate food shortages brought about by the drought.

Zimbabwe is expected to import 100 000 tonnes from Tanzania to feed people following a drought that was caused by last year’s erratic rains. A total of 1 490 tonnes of maize from the first tranche arrived by train from Tanzania on Friday and was received at Bulawayo’s Grain Marketing Board (GMB) depot.

In an interview, National Railways of Zimbabwe (NRZ) general manager Engineer Lewis Mukwada who was part of the officials to witness the delivery of the maize said the parastatal managed to facilitate 200 wagons for the hauling of 17 000 tonnes of the commodity from Tanzania over an estimated period of about two months.

“You will be aware that we are importing some maize (as a country) and the Government managed to secure some maize from Tanzania. So we (NRZ) had come up with a logistical solution as the railways, this involved NRZ, Zambia Railways and Tazara (Tanzania-Zambia Railway Authority) an operator between Zambia and Tanzania. We pulled some wagons and together we managed to put up 200 wagons, which were dedicated to the movement of this maize, the first parcel of 17 000 tonnes,” said Eng Mukwada.

He said the company has set a timeline of 10 days for the movement of the grain from the Eastern African country to Bulawayo.

“According to the logistical plan that we came up with, the wagons are supposed to take 10 days from Tanzania to Bulawayo to be offloaded and then they go back and then we keep on cycling them until the 17 000 tonnes is done.

“So this is the first tranche that has just come in and we managed to do it in eight days against a target of 10 days.

“We are looking at a period of two months (to freight all the consignment) because the cycled time from Tanzania to Zimbabwe-Bulawayo and back to Tanzania is about 26 days. So to move 17 000 tonnes we are looking at two months but it could be earlier if we manage to repeat what we did today,” said Eng Mukwada.